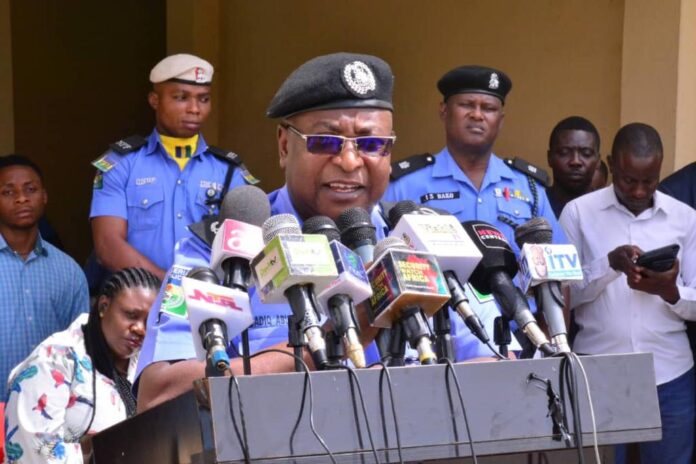 Gunmen suspected to be kidnappers have attacked the Ushafa community in Bwari Area Council outskirts of Abuja, killing a man and whisking away his family members.

It was gathered that the incident, which occurred on Wednesday morning at around 1 .am, has triggered tension in the area.

It was gathered that the incident happened behind the LGEA Primary School Ushafa, close to the popular Going-Park.

According to sources, the assailants invaded the area and were shooting for over 30 minutes without intervention from police

The deceased, simply identified as Mr Adegoke, reportedly struggled with the gun-wielding kidnappers before he was killed.

The daredevil attackers whisked away the wife and a cousin to an unknown destination.

The spokesperson of the Federal Capital Territory, FCT police command, DSP Josephine Adeh said: “On Wenesday, January 11, 2023 at about 6.pm, the Control Room received a distress call that Armed Hoodlums , stormed Ushafa Village via the Bwari Area Council of the Territory, the information was relayed to the Bwari Divisional Police Headquarters and other Security Apparatus of the command around the area mobilizing “Tactical and intelligence assets to the scene. Upon sighting the officers the hoodlums took to their heels having shot one Benjamin Ogundare and abducted The duo of Goodluck Ogundare and Janet Ogundare.

“The victim was rushed to the hospital where he was confirmed dead by a doctor on call. Aggressive manhunt and rescue mission has been launched on the tails of the hoodlums while the investigation continues.”