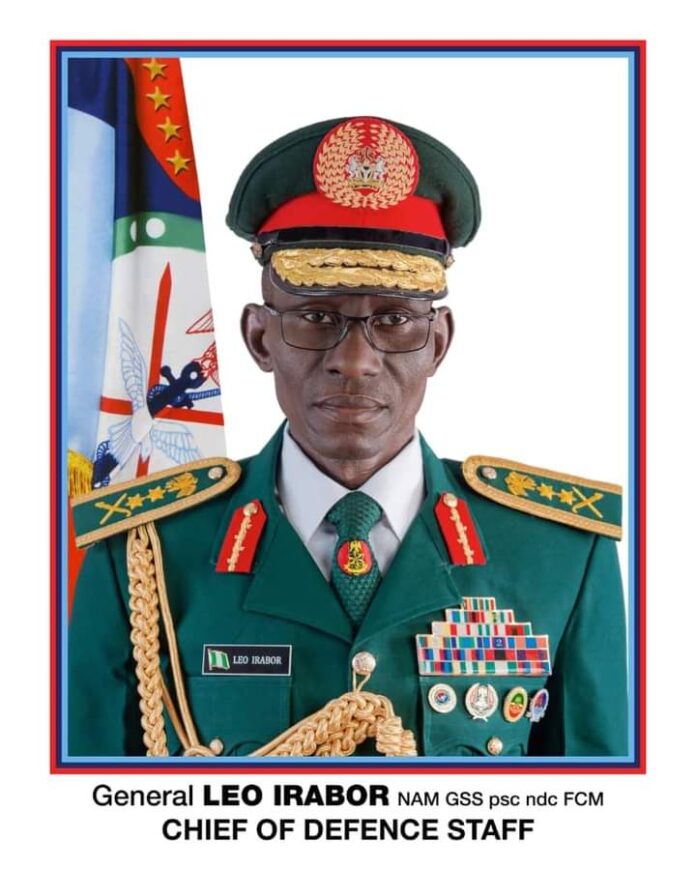 The Defence Headquarters has disclosed that more 52 terrorists were neutralised in several encounters with the troops during the Christmas and New Year holiday period.

The causalities are beside an unspecified number of the Boko Haram and Islamic State of West Africa Province, ISWAP , fighters who were killed in a series of air raids by the Nigerian Air Force war jets that have been targetting insurgents enclaves in some parts of North East, North West and North Central Zones of the country.

Director of Defence Media Operations (DMO), Major General Musa Danmadami who made the disclosure during the biweekly briefing said that the encounters occured between December 22 ,2022 to January 12 ,2023.

He said that 377 terrorists including their families surrounded to own troops during the encounters.

He said that troop of Operation HADIN KAI in the North East had sustained and continued to dominate their general areas of operation with series of operational activities.

He said besides denying Boko Haram Terrorist/Islamic State of West Africa Province and their cohorts freedom of actions, the operations was to restore normalcy to the zone.

According to Defence Headquarters, between 23 and 30 December 2022, troops on fighting patrols, ambushed Boko Haram Terrorist/Islamic State of West Africa Province terrorists at different locations within the theatre of operation.

In the encounter with the terrorists at Kwatara village in Gwoza Local Government Area of Borno State, five terrorists were neutralized by troops, while “their administrative head at Guduf identified as Umate Usman was captured with gunshot wounds.”

Troops also had a meeting engagement with terrorists close to their deployment at Ngoshe in Gwoza Local Government Area.

“During the engagement troops neutralized 5 terrorists while other fled. Troops recovered one AK 47 rifle, 20 rounds of 7.62mm NATO, 10 rounds of locally fabricated 7.62mm special, 10 refilled ammo, 2 hand grenade among other items.” He said.

Equally, troops made contact with terrorists along Gamboru-Logomani in Ngala Local Government Area and neutralized 3 terrorists while other fled with gunshot wounds.

According to Danmadami, battle damage assessment of air strikes carried out on December 22, 2022 in Borno state revealed that several terrorists were neutralized with their structures destroyed.

He said similar feat was achieved in air interdiction operation at Mazuri in Southern Lake Chad region and Gabchari located in Gazuwa area of Borno State on January 7, 2023.

The Director said that a good number of terrorists who relocated to the area following recent flooding of the Tunbuns in the Lake and the current infighting between the terrorist factions were targets in the raid.