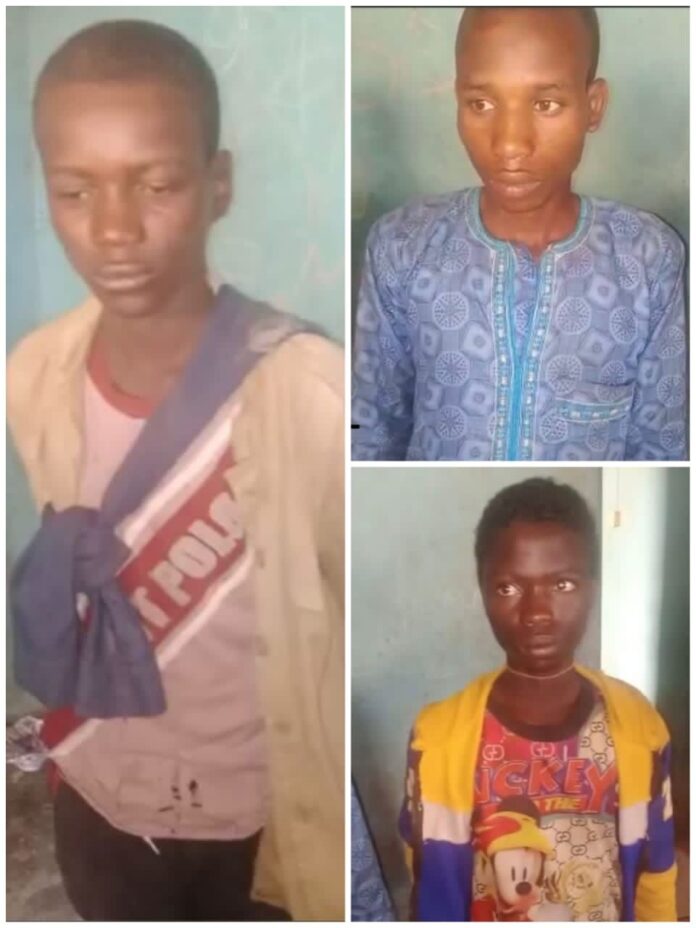 The Commisioner of Police, Federal Capital Territory (FCT), CP Babaji Sunday, in collaboration with the Heads of other Security Agencies in the FCT have flagged-off the second phase of a special anti-crime operation, arresting three suspected kidnappers.

The operation is code-named ‘Operation G-7’, to combat violent crimes in the FCT and other neighboring/border states to the FCT.

According to the spokesperson of FCT police command, DSP Josephine Adeh said the second phase of Operation G-7 is an improvement on the first Phase flagged up earlier in the year.

She said: “The 2nd Phase, which is a product of assessment of performance of the 1st phase, would engender improved inter-agency collaboration, proactive crime prevention and law enforcement activities, and dedicated spirit on the part of the security community, to keep the FCT, its neighboring States, safe and secure.

“The CP noted that the special operation has become necessary as part of preparations by the security community to ensure a hitch-free Christmas and New Year Festivities, amongst other imperatives. He added that the rejigged operation has begin to yield positive result as operatives arrested 3 suspected Kidnappers namely: Abubakar Umaru, Nasiru Umaru, and Haruna Sulu, all male residents of Niger State, in connection with the kidnapping incident at Kasanki village in Gwagwalada Area of the FCT on December 12, 2022.

“The arrest was made possible following an intelligence-led operation by the operatives of Operation G7. The operatives stormed a suspected criminal camp at Gulida village, a border community with Abaji, at about 04:00hrs on December 13, 2022 and the unrelenting efforts led to arrest of the suspects and the recovery of exhibits.