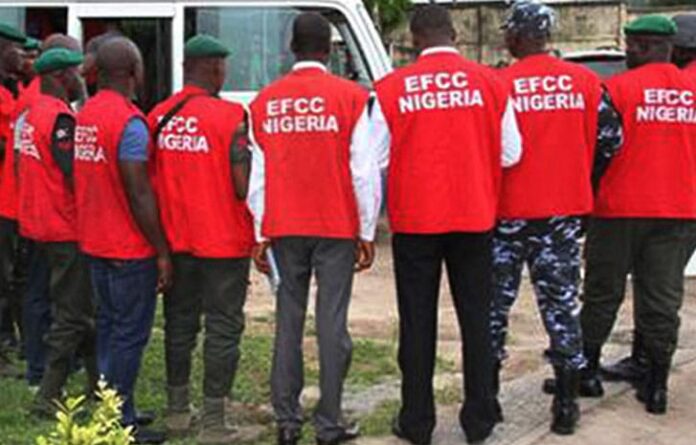 * ‘Ask them what happened to bail-out probe’

The Kogi State Government has debunked an allegation of money laundering levelled against it by the Economic and Financial Crimes Commission, describing it as a sustenance of the persecution of the government by the Abdulrasheed Bawa-led EFCC.

The government in a sharp reaction to a statement by the EFCC on Thursday, observed that the Commission, with its present allegations, had shown clearly that it was desperately seeking to save its face after the Commission hit a road block in its N20bn Sterling Bank media trial.

The Commissioner for Information and Communication in Kogi State, Kingsley Fanwo, however, noted that just as with the Sterling Bank affair when the commission went to the media before proper investigation, the EFCC was again set to embarrass itself and its legacy by again jumping to the media to continue its persecution of the Kogi government.

While insisting that no money belonging to the Kogi State Government was laundered, the Commissioner insisted that Nigerians should ask the EFCC if its “biased” corruption searchlight was only meany for Kogi State.

“The media trial by the EFCC is a calculated and orchestrated plan to embarrass the State Government by going after its Officials and Associates with trumped up charges to satisfy the destructive fangs of their paymasters,” Fanwo noted.

The government in its reaction said that the inclination of the EFCC was against the acknowledgment of due process and financial accountability given to the Kogi State Government by international organisations. It particularly cited the recent honour accorded the Kogi State Government by the World Bank funded SFTAS project in which Kogi was lifted above peers in financial accountability.

The statement reads, “Our attention has been drawn to a press statement on the website of the Economic and Financial Crimes Commission to the effect that they arraigned some persons who they alleged were linked with laundering monies belonging to the Government of Kogi State.

“Inasmuch as we would not want to delve into the depth of the matter which is now sub judice, it is pertinent to draw the attention of the general public to the fact that the desperation of the EFCC to crucify Kogi State at all costs may have landed them in another trouble. Unlike the EFCC that has been known for serial contempt of court under the current leadership; we are committed to allow the law to take its due course on the matter and our innocence, again, proven beyond reasonable doubt.

“It would be recalled that this same EFCC once accused the Kogi State Government of stashing 20 billion naira bailout funds in a fixed deposit account in Sterling Bank. When the legal fireworks were about to ruffle their biased feathers, they quickly backed out and claimed the money had been returned to the Central Bank of Nigeria. Till date, they have not shown Nigerians any proof of the return even when Sterling Bank Plc has under oath denied the return of any monies belonging to the Kogi State Government. It is trite that what does not exist cannot be taken or returned.

“The media trial by the EFCC is a calculated and orchestrated plan to embarrass the State Government by going after its Officials and Associates with trumped up charges to satisfy the destructive fangs of their paymasters.

“Let it be on record that no money belonging to the Kogi State Government was laundered. SFTAS is a World Bank accountability project to ensure the Government stays accountable to the people. For many years, Kogi has won Awards as one of the most transparent State Governments in Nigeria. A responsible anti-graft agency would have made Kogi an example of transparency and excellence. However, with its endless wild goose chase, Nigerians would even wonder if EFCC’s obviously biased corruption binoculars are only designed for Kogi State.

“It is not unexpected that the EFCC would feel disappointed that the monies they claimed had been stolen from the coffers of the state have been used to build Nigeria’s best hospitals, good roads, best schools that are about to be commissioned. We cannot help their descent into political pawn. We will continue to make the resources of our state work for our people.

“Nigerians know that the recent Gestapo-like operation against the State was occasioned by EFCC’s failure to sell the “fixed” Bailout funds debacle to the people. They became desperate to save their face from the disgrace bestowed on them by their “Destroy Kogi” Agenda.

“We urge our people not to take the laws into their hands as we are prepared in fact and in conscience for the legal battle ahead.”