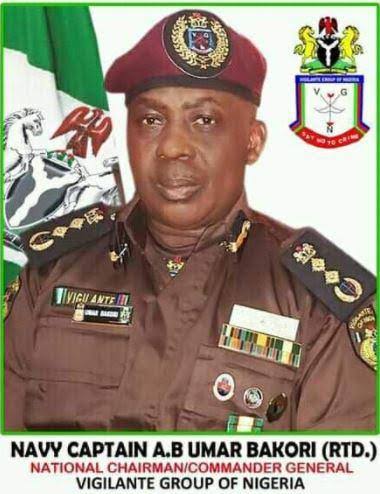 The Bill, which is sponsored by Senate Leader, Ibrahim Gobir was read the Third time and passed. It seeks to establish the Vigilante Group of Nigeria with the powers to provide community policing, maintenance of law and order and community service for Nigerians was first passed into law in November 2021 by the House of Representatives.

The House in the committee of the Whole had considered and adopted 29 out of the 30 clauses in the Bill’s report presented by Hon. Kabiru Idris.

The ad-hoc committee had deliberated on this and agreed that all aspects of financial obligations from the federal government should be removed and that the group should stand on its own, generate contributions from federal, state and local government.

Bakori assured the federal government and the National Assembly that his officers and men numbering about One million, Five Hundred Thousand and embedded in all communities, local governments and states in Nigeria have been well trained by the Police, DSS and NSDC to complement national security efforts at all levels.

The Commander General noted that with the passage of the long awaited Bill by the NASS, President Buhari’s promise to Nigerians that he would bequeath a safe a secure country before he leaves power is now realisable.

“Once the President who is the Commander-in-Chief assents to the Bill and it becomes law, we are ready to deploy our men all over the country in accordance with our mandate to ensure insecurity becomes a thing of the past” Bakori assured.

He urged the Federal government and the public to ignore the antics and sabotage efforts of one Dr Usman Mohammed Jahun who has been running from pillar to post and parading himself as Commander General of the VGN while fleecing unemployed Nigerians of their hard-earned money with promises of enlisting them in the VGN.