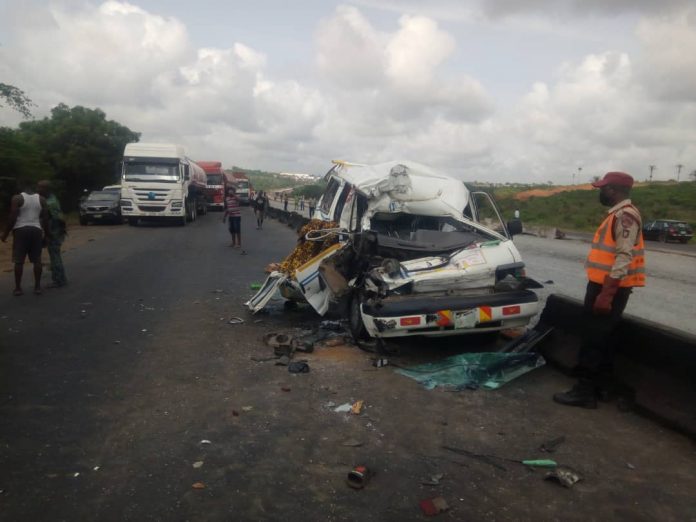 No fewer than 16 early morning Ibadan bound travellers on Tuesday escaped death at New Kara Market on Lagos-Ibadan expressway when their bus crashed into a commercial motorcycle and a moving trailer, killing two others instantly. 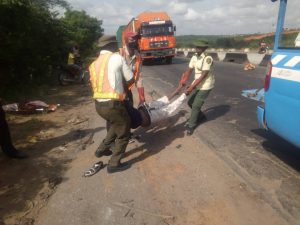 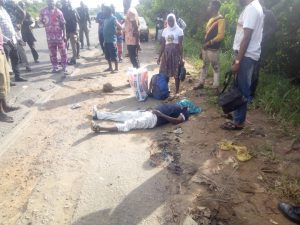 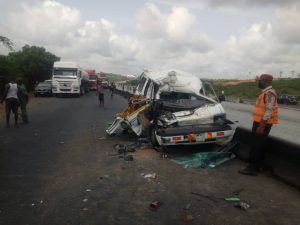 An eyewitness account said that the accident, which occurred around 8 a.m. was due to reckless driving leading to wrongful overtaking on the part of the commercial bus with Reg. No. AME 805 XA.

The bus was said to have recklessly hit a moving Bajaj motorcycle with Registration No. Maxidal SGM 149 V, lost control and rammed into another trailer also on motion, from the rear.

In the course of collusion, a passenger sitting in front of the bus and the passenger being carried by the motorcycle were killed instantly, while about six other passengers went into comma as a result of the shock. They were later revived and rushed to hospital together with others injured by combined hands of TRACE and police operatives.

Confirming the report, Ogere TRACE Divisional Commander, Segun Adesanya, said TRACE and police operatives rushed to the scene of the accident and did the needful.

Adesanya said he saw no reason why motorists should not learn to value people’s lives and drive normal as they think on how much money they make.

“We engage motorists in almost day to day training and enlightenment on how to drive responsibly. Where was this driver going for God’s sake? Has he now reached there?”

He hinted that the two deceased bodies had been taken to the state mortuary in Ishara Remo, while the injured has been taken to Victory Hospital in Ogere.