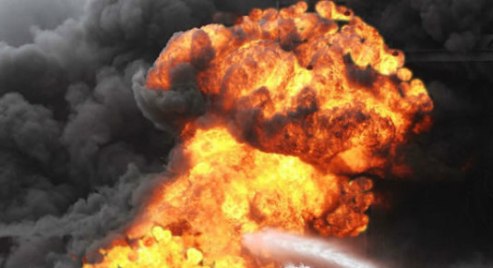 There is palpable pandemonium in Ijora, a suburb of Lagos as policemen and motorcyclists faced off.
An eyewitness said three persons were feared dead and that vehicles and property were being torched.
Ijora is in Apapa Local Government, one of the LGAs where the state government banned operations of commercial motorcycles and tricycles. The ban came into effect on Saturday.