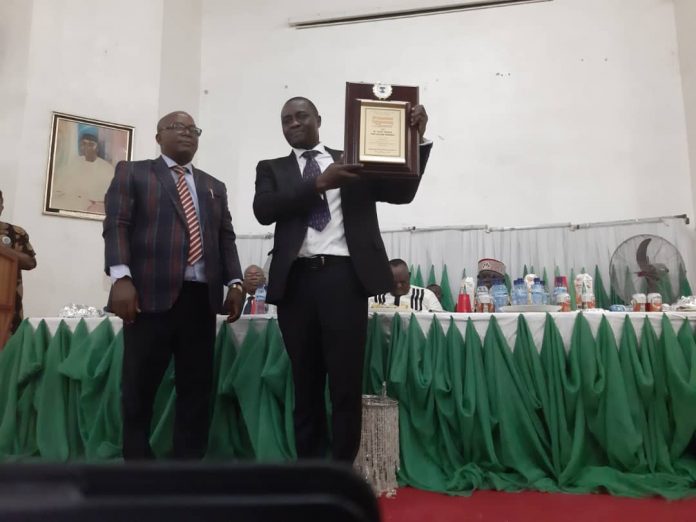 Celebrated philanthropist, Hon. Prince Ned Nwoko has been honoured with a distinguished service award by University of Nigeria UNN for his contributions to public charity.

At the presentation ceremony held at University of Nigeria (UNN), Nsukka, the Vice Chancellor, Professor Charles Igwe noted the impact of Prince Nwoko in humanitarian engagements and advancement of education.

He said Nwoko deserved the honour by Nigeria’s first generation university for his exceptional imprints in social development which aligned with the motto of UNN “To Restore the dignity of Man”.

Also speaking, the dean of faculty of Arts, Professor Nnanyelugo Okoro said the university has produced many high calibre personalities and its purpose to develop and enhance human experience.

He noted with pride that the faculty is the academic birthplace of world famous intellectual and legendary novelist Late Chinua Achebe among others.

The chairman of the organizing committee, professor Mrs Florence Orabueze described Nwoko as a special breed of African who has devoted his energy and resources for a better society.

She paid tribute to the Anioma – born entrepreneur for his roles in the Paris club loans refund which alleviated Nigeria’s economic recession and sports development as well current efforts on the eradication of Malaria in Africa.