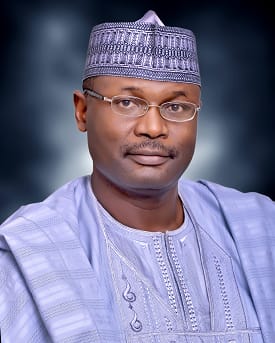 A Deputy Director with the Independent National Electoral Commission (INEC), Obinna Ayogu has been quizzed by the police in Enugu State over allegations of forgery, fraud, trespass and acts capable of causing break down of law and order.

Police intervention followed a petition written by a retired Commissioner of Police, Sunny Ngwu and wife of a University Professor, Mrs.Opata dated December 21, 2022.

In the petition, the duo alleged that the Deputy Director, Obinna Ayogu, forged agreement that a landed property situated at Umakashi in Nsukka LGA was sold to him by one Ann Ngene but she denied selling any land to him.

The petitioners also alleged that the INEC top official also forged a document to the effect using one Alloysius Ezema, a staff of Shanahan Community Bank and who forged the agreements and thumb printed. He later confessed and detailed how he was engaged to commit the crime.

Police sources said he confessed at the office of the Area Commander, Nsukka and gave vivid details of the amount paid to him and where the payment took place in Nsukka .

It was gathered also that based on the confession, the alleged seller of the land, Mrs Ann Ngene, swore an affidavit at Nsukka court, that she did not sell any land to Obinna Ayogu as claimed and equally don’t know Obinna Ayogu.
However, it was gathered that after investigations into the allegations commenced, attempts were made to cover up the case by one of the police officers at Area Command in Nsukka prompting the case to be transfered to police headquarters in Enugu where the INEC official was invited and interrogated over the ugly development.

Sources said the matter took a different twist when it was noticed that vital documents in the case were missing after the transfer.

Based on this, according to sources, the
Commissioner of Police directed that all those involved in the case at Nsukka be questioned and made to produce the missing documents.
Efforts to contact the police spokesman in Enugu over the development failed but it was relatively gathered that plans are in top gear to charge the case to court as soon as investigations are concluded.