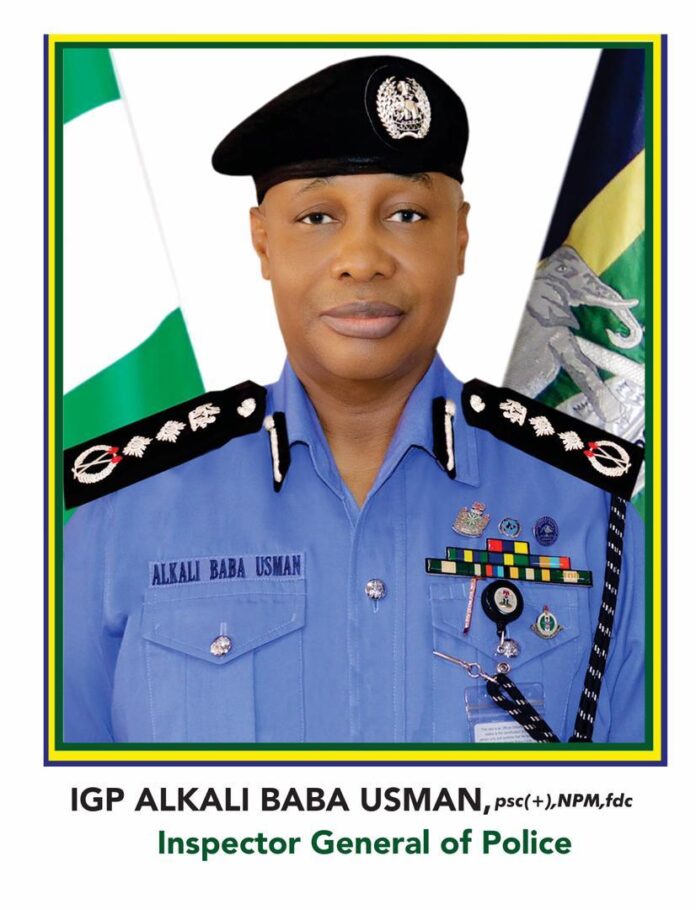 A philanthropist, Chief Julius Oji, has petitioned the Inspector-General of Police, Usman Alkali Baba, over the killing of
over 30 people in Ebonyi Community.
Three indigenes of Ekoli Edda community and a police inspector were also killed on December 26,2022, during an attack on the Chairman of the All Progressive Congress in Ebonyi State, Mr Stanley Emegha.
In a petition which was copied to the Senate President, Ahmed Lawan, the Speaker of the House of Representatives, Femi Gbajabiamila and the Chairman of the National Human Rights Commission, Tony Ojukwu, the Lagos-based business mogul, accused the Ebonyi State government of failing to halt the killings in the state, especially Edda (Afikpo South), where known culprits of the campaign of violence in the area are let go after each round of killing.
He said the government just set up another commission of inquiry after the recent killings in spite of similar panels set up in the past and recommendations made which were not acted upon.
He said that in the last eight years the Edda community had recorded over 30 cases of murder, arson, rape, grievous assault, intimidation, among others.
“Today, the Governor of Ebonyi State, David Umahi, has again set up a commission of inquiry over the recent killings of 26th December, 2022 and 1st January, 2023 in Ekoli and Amoso Edda respectively.
“Our question today is why the state government is setting up a new commission of inquiry when it deliberately refused to implement previous resolutions and recommendations already made and made available to him that perhaps mentioned the same known actors and perpetrators of numerous crimes of political killings in Edda, whom the government deliberately refused to ensure their prosecution because they are all well known?”, he said.
The petitioner maintained that the likely recommendation of the latest commission of inquiry may not see the light of the day.
“The most worrisome thing among them is that the state government is aware of these known actors perpetrating these crimes and has continued to play to the the gallery thereby setting up an inquiry commisson that I seriously suspect will only act on the instruction of the state government thereby freeing the few arrested crime actors in no distant time” he said.
He, therefore, called on the Inspector-General of Police and the Commissioner of Police in the state to expedite action in resolving the latest killing of three members of the Edda community including an inspector of police.
It would be recalled that a coalition of Civil Society Organisations (CSOs) had condemned the killings and destruction of property in Ekoli Edda Community of Ebonyi State.
It said killings of innocent members of the community by thugs, misguided youth groups claimed many lives over the years without commensurate action by the state government and law enforcement agencies.
The groups also called on the Commission of Inquiry set up by the Ebonyi State government to look into the circumstances sorrounding the campaign of violence in the community on order to expedite action on the matter and ensure justice and compensation for the victims of violence in the community.
A statement issued in Abuja by
the groups, Society for Good Governance, Peace and Justice Forum and Campaign against Violence, condemned the wanton killing of innocent indigenes and destruction of property by thugs attached to politically exposed persons, rival unions and youth groups had continued unchecked in spite of the presence of many security agencies in the state.
It cited the deadly attack on the State APC Chairman, Chief Stanley Okoro Emegha and his convoy on 26th December, 2022 at Ekenta Ekoli Edda Community of Afikpo Local Government Area allegedly by Ekoli Youth Vanguard which later ended up as a horrifying experience that claimed three lives including an inspector of police and loss of property worth millions of naira.
The statement signed by Bob Elekere and Chinyere Ogbuagu, said killings in the area have continued without severe sanctions applied to perpetrators.
“We have recorded many killings in the community without the known perpetrators being brought to justice.
“Thugs attached to politically exposed persons and misguided youth groups have wrecked havoc in the community”, it said.
“Innocent people have been caught in the crossfire between political gladiators. This community should not become a killing field.
“We are urging the state government to be firm this time in dealing with the perpetrators. Do we no longer have the fear of God? Is there no more value placed on the lives of our brothers?
“We call on the commission of inquiry set up by the state government to ensure that justice is done and seen to be done and pay compensation to the victims of this endless and ruinous campaign of violence”, it said.