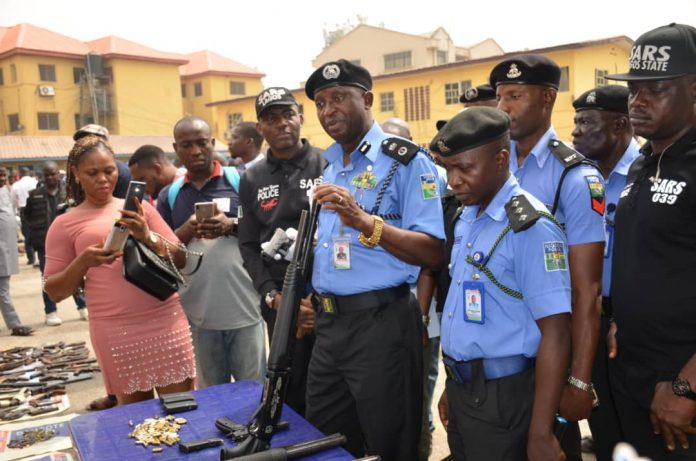 It was harvest of arrests by the Lagos State Police Command as its operatives arrested over 700 suspects in the last two months. 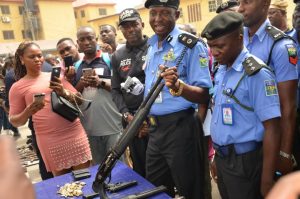 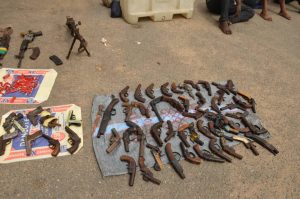 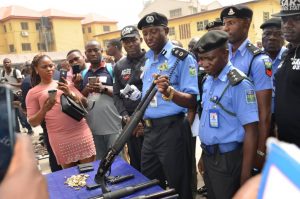 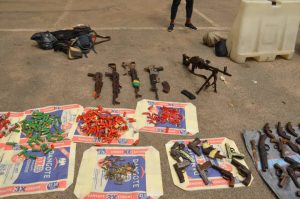 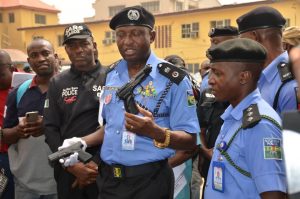 But yesterday alone, about 300 suspects including 100 notorious “One million boys” of Ajegunle were picked in Ajeromi-Ifelodun Local Government Area of Lagos.

Odumosu said that seven armed robbery suspects died during exchange of fire with the Police.

He said that the state recorded nine cases of suicide and 25 assorted firearms with lots of ammunition of different calibre were recovered.

“The Command also recovered 11 stolen vehicles. A total of 2,300 motorcycles were impounded, from recalcitrant commercial motorcyclists across the State, between 18th November and 31th December, 2019. All the motorcycles impounded were handed over to Taskforce in Oshodi, for further action. Meanwhile, the exercise is being intensified.

“A total of 447 suspects were arrested over the last one month and taken to Taskforce, Oshodi for further action. Out of this number, 53 were warned and released while 394 were charged to court. Out of those charged to court, 296 were convicted, while 98 are still awaiting trial.

“383 suspects were arrested in a clampdown on social miscreants: The Special Strike Force on Social Miscreants which I established, took the battle to the doorsteps of social miscreants at Ikorodu, Agege, Itire, Isheri-Oshun and Oshodi. Out of this number, 38 were warned and released while 87 were charged to court. 67 are currently being profiled.

“Two locally made pistols with 30 unexpended cartridges were recovered. Bags of weeds suspected to be Indian hemp and some cutlasses/axes were also recovered from the hoodlums” he added.