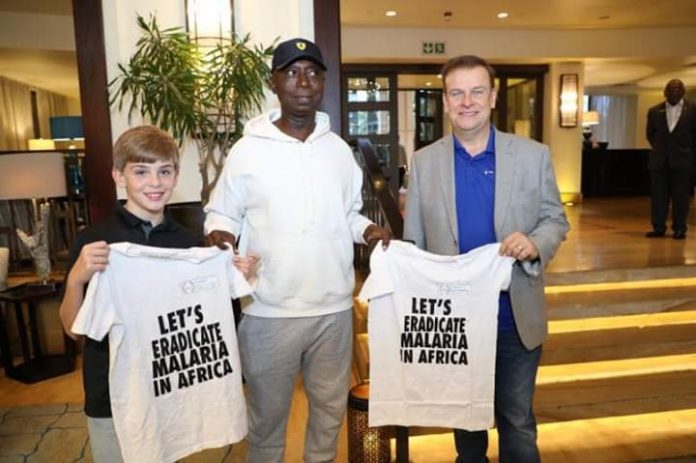 No humans live in Antarctica permanently. However, about 1,000 to 5,000 people live through the year at the science stations in Antarctica.

Only plants and animals that can live in cold live there. The animals include penguins, seals, nematodes, tardigrades and mites.

The Antarctica expedition is in furtherance of his strong determination to lead a global fight for the eradication of malaria scourge which according to the World Health Organisation affected some 219 million people worldwide in 2017, out of which 435,000 of them succumbed to the disease in that year, most of the reported death were from Africa. Making malaria parasite the single most deadliest disease in Africa.

The founder of Ned Nwoko Foundation launched the ‘Malaria Eradication In Africa Project’ on 18th December 2019, during a world press conference held in Abuja, aimed to draw global attention to the scourge of disease.

The foundation plans to fund research for malaria vaccine to the tune of $750,000 to be accessed by five universities across Africa and encourage African Heads of State to fumigate their environment simultaneously to reduced the population of mosquito, which is the disease vector.

The Antarctica Expedition, according to reports, will enable him interact with leading researchers working on more efficacy drugs for the control of the deadly disease.

Antarctica is important for science because of its profound effect on the Earth’s climate and ocean systems.  Locked in its four kilometre-thick ice sheet is a unique record of what our planet’s climate was like over the past one million years.
Antarctic science has also revealed much about the impact of human activity on the natural world. The discovery in 1985 by scientists at British Antarctic Survey (BAS) of the hole in the ozone layer above Antarctica revealed the damage done to the Earth’s atmosphere by man-made chemicals.