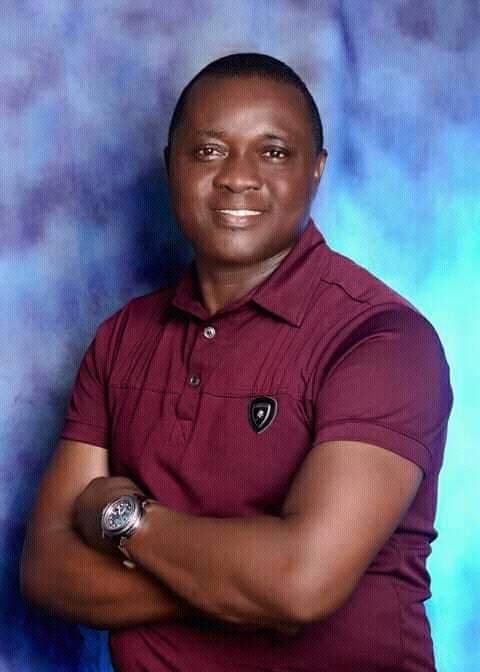 The former Chairman of Delta State Council of NUJ and Special Assistant to the Governor of Delta State on Media, Comrade Norbert Chiazor has celebrated his appointment with members of the Asaba Correspondents’ Chapel of the Nigeria Union of Journalists, during their ‘Happy Hour’ meeting on Thursday 9th January, 2020 at their Secretariat in Asaba.

The urbane journalist popularly referred as ‘Wordsmith’, appreciated the Correspondents’ Chapel members for standing with him during his six years reign as Chairman of NUJ, maintaining that their prayers had equally made his recent appointment with the Delta State Government possible.

Chiazor who just retired as the Deputy General Manager of the Delta Broadcasting Service, DBS Warri before the appointment as Media Aide, thanked the Governor for having faith in him, thereby stating that he would work hard to justify that confidence reposed in him.

According to him, “Okowa is one Governor that Delta State has produced that enjoys enormous acceptance from the people as a result of his pure intelligence and impeccable experience in the art of politics. He is not just celebrated as the first Anioma born Governor of Delta State, but being a man completing the equation of leadership of the State with so much difference.

“He is so refined that policy making and programmes execution have become seamless in such a way that defines his popular name – ‘Ekwueme’.

“My appeal to journalists, not just correspondents alone is to support the Government to build on the Stronger Delta Agenda of this administration. Okowa is too professionally cultured to accept praise-singing; so don’t praise-sing this Government but criticise it aright, make suggestions, give advice and write the truth, anchored on balance in a way that defines developmental journalism”, Chiazor explained.

Meanwhile, the highly elated members of the Correspondents Chapel showered encomiums on their former leader who was believed to have left footprints that cannot be wiped off in NUJ.

They took time each to eulogize him, from the Chairman of the Chapel, Comrade Paul Osuyi to Comrades Barry Agbanigbe, Victor Sorokwu, Dominic Adewale, Alphonsus Agbo, Valentine Utulu, Amaechi Okwara, Monday Osayande, Goddy Umukoro, Prince Akenzua and others too numerous to mention.

As keen observers of political trends in Delta, the media practitioners also took time to offer issue based advice to Chiazor, while praying for him to enjoy sufficiency of God’s grace to deliver on his assignment as SA Media to Governor Ifeanyi Arthur Okowa.

They appreciated him for honouring their Happy Hour meeting and making them proud with the fabulous entertainment he provided. They therefore implored him to always come visiting as not just a leader who is held in high esteem but as one of them.

However, accompanying the former NUJ Chairman on the visit were the current Vice Chairman of the Delta State Council of the NUJ, Comrade Patrick Ochei and the South-South Zonal Secretary of SWAN, Comrade Christian Eze.