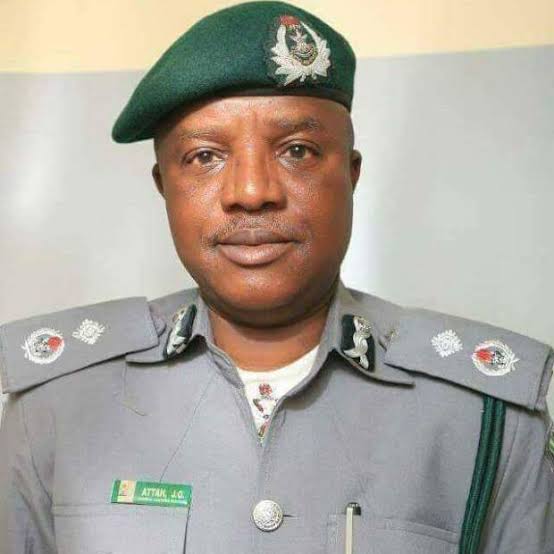 The Nigeria Customs Service (NCS) said it generated N1.341 trillion as revenue for the year 2019, exceeding the target of N937 billion by N404bn revenue.

The 2019 revenue generation milestone also exceeds the N1.202tr generated in 2018 by at least N139.2bn, the customs said in a statement issued by the Public Relations Officer, Deputy Comptroller Joseph Attah,

Commenting on the feat, the Comptroller-General of Customs, Col, Hameed Ibrahim Ali (rtd) described it as the result of resolute pursuit of what is right rather than being populist by compromising national interest on the altar of individual or group interests.

He said the NCS’ revenue generation profile has continued to be on the rise annually as the ongoing reforms in the service insist on strategic policies.

Ali said the policies include the strategic deployment of officers strictly using the standard operating procedure, strict enforcement of extant guidelines by the tariff and trade department, and the automation of the customs process thereby eliminating vices associated with the manual process.

The others are robust stakeholder sensitization resulting in more informed/voluntary compliance and increased disposition of officers and men to put national interest above selves.

Meanwhile, Ali said the partial border closure which has forced cargoes that could have been smuggled through the porous borders to come through the sea and airports has raised revenue collection from ports.

“Before the commencement of the border drill on 20th August 2019, revenue generation was between N4bn and N5bn but now NCS generates between N5bn to N7bn daily.

“The partial border closure is a decisive action against the challenging issue of trans-border crime and criminalities, fueled by the noncompliance to ECOWAS Protocol on transit of goods by neigbhouring countries,” he noted in the statement. NCS said it hopes the ongoing discussions with the countries will yield permanent solution to the challenges of border insecurity. Is said it seized 30,906 assorted items with a duty paid value of N62.1bn during the period. Some of the items are arms, ammunitions, illicit drugs, used clothing, vegetable oil, frozen poultry and foreign rice. Related Customs generates N1.3tr in 2019, exceeds target by N404bn Apapa customs rakes in N404bn in 12 months Customs generates N1.01trillion revenue, exceeds N770.5bn year target by 24%

Breaking: Shakeup in the navy as 54 Rear Admirals are redeployed…Nagenu, first commanding officer...

Military admin - January 26, 2022
0
There is a major shakeup in Nigerian Navy, as its high command has released the posting of 54 Rear Admirals (equivalent of Major Generals)...

Breaking: Shakeup in the navy as 54 Rear Admirals are redeployed…Nagenu,...