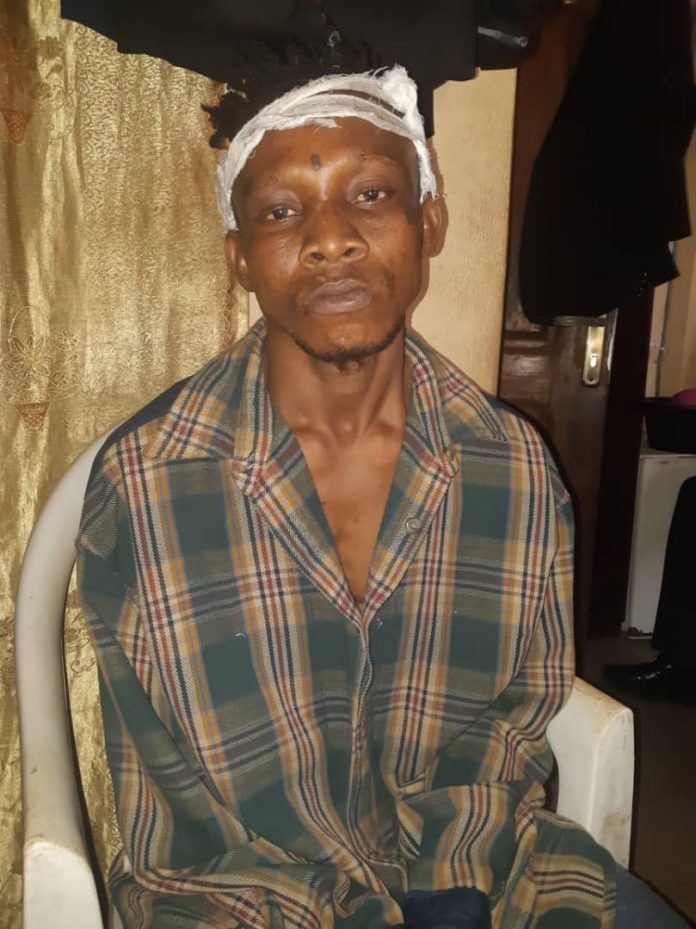 A 42-year-old man, Emmanuel Osiben, has been arrested for allegedly stabbing his freind, one Femi, 38, to death while trying to recover a N1,200 debt.

The suspect who operates a soccer viewing centre at Ijora-Badia area of Lagos alleged that it was the deceased who attacked him first with a bottle.

The suspect is currently being quizzed at the Homicide Section of the State Criminal Intelligence and Investigations Department (SCIID), Yaba, for culpable homicide.

Police source said that the suspect was arrested by some neighbours who later handed him over to the police at Badia Division, Lagos State Command. He was subsequently transferred to SCIID where he is being held.

The suspect in his confessional statement to the police admitted confronting the deceased whom he claimed was owing him N1,200.

He said: “The incident happened on February 13, 2020 at ijora Badia. I went to collect a debt of N1,200, which the deceased was owing me. The deceased picked up quarrel with me and we started to fight. Some elders who were around settled us and I went to my house to make lunch.

“I was inside my house preparing yam when the deceased who is a friend smashed a bottle on my head. I dashed into my room, grabbed hold of a kitchen knife I was using to pill yam, went after Femi and stabbed the him on the neck.

“We were both bleeding when those who settled earlier quarrel we had arrived. We were rushed to the hospital where they confirm him dead. I was arrested by neighbours and handed over to the police.

“I regret what happen because the deceased is a freind, if not why would I borrow him money” he added.

The suspect also admitted to be a habitual drug user.

Lagos State Police Public Relations Officer, Bala Elkana, could not be reached for confirmation as at the time of filling this report as he was said to be in a meeting.