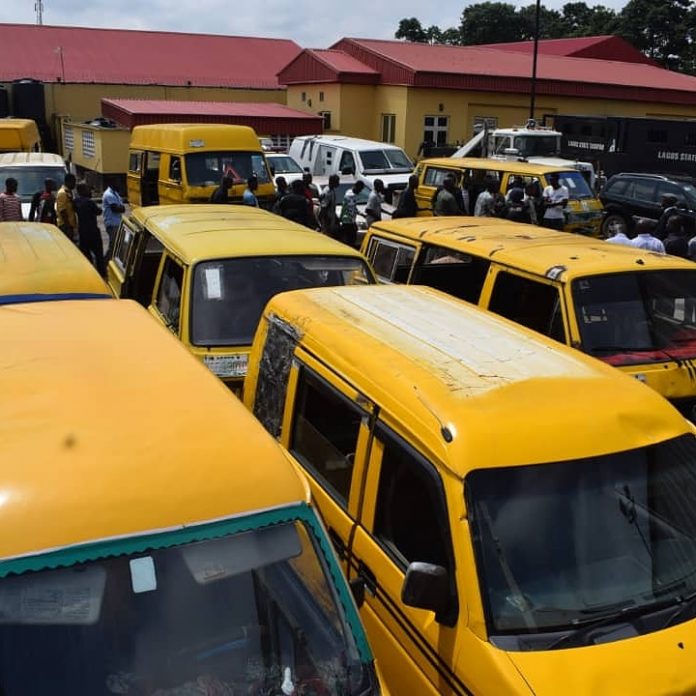 The Lagos State Environmental and Special Offences Enforcement Unit popularly called ‘Taskforce’ has debunked a report alleging that the Governor of Lagos State, Mr. Babajide Olusola Sanwo-Olu has directed the Agency to return all seized vehicles in their custody to their respective owners in the state.

A statement issued by the Office of the Chairman of the Agency, CSP Olayinka Egbeyemi, refuted the claim that the decision was a follow-up to a memo he sent to the governor seeking for his approval to auction all seized vehicles in order to create space for new ones.

Egbeyemi maintained that he was not aware of the purported memo neither did he receive any directive to release impounded vehicles from the governor, adding that it is irresponsible and mischievous for any individual to insinuate that Governor Sanwo-Olu would give such order.

According to him, “Governor Babajide Sanwo-Olu is conscious of the provisions contained in the 2018 amended Traffic Law as it relates to the duties of the Taskforce and will never make pronouncements contrary to the provisions of the law”.

While noting that transportation and traffic management play prominent roles in the present administration’s T.H.E.M.E.S agenda, the Chairman recalled that the governor had on numerous platforms stated unequivocally that “should members of his family or cabinet run foul or violate the traffic laws, they shall equally face the consequences of such acts”.

Egbeyemi, therefore, implored the general public, particularly owners of such impounded vehicles, to ignore and disregard the fake news designed to confuse and mislead them into not complying with ‘Court Order’ on such vehicles in the custody of the Agency.

Military admin - January 21, 2022
0
The Head of Delegation,  International Committee of the Red Cross (ICRC) in Nigeria, Mr Yann Bonzon has extolled the support of the Nigerian Army...

Buhari, IGP, others should beam searchlight on Ibusa ritualists – Odogwu...