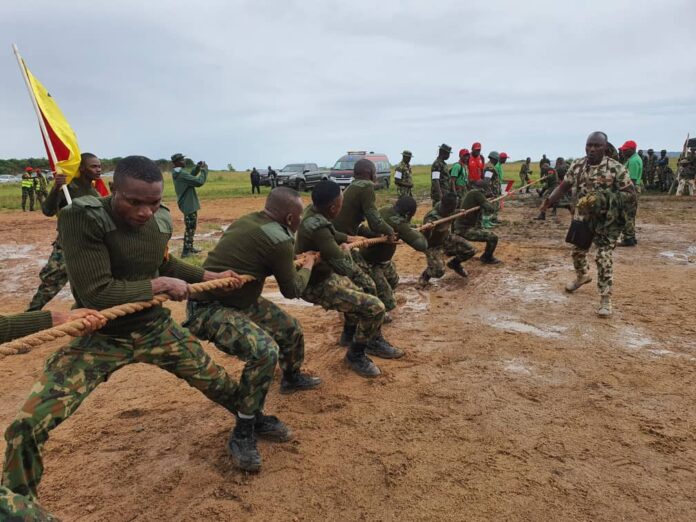 Speaking at the event, the GOC revealed that, training is a cardinal pillar of the COAS vision, which is to have “ A Professional Nigerian Army Ready to Accomplish Assigned Mission within a Joint Environment in Defense of Nigeria”.

He said, Nigeria is currently bedevilled by myriads of security challenges to which the armed forces have continued to upscale its training and military exercises to curb the menace.

General Ali revealed that training is the bedrock of military successes.

He said, the competition was aimed at sharpening the skills and competencies of subalterns of the Nigerian Army in line with the COAS Training Directive for the Year 2022.

He noted that competitions such as Combat Proficiency is organised to develop the spirit of healthy competition, cooperation and teamwork needed in the accomplishment of military tasks in the field. He, urged the participants to put in more efforts as outstanding performance will be rewarded.

In his welcome remarks, the Commander 3 Division Garrison, Brigadier General Michael Agi lauded the GOC for encouraging healthy competition among officers of the Division.

He urged the participants to make good use of the week-long competition to develop new combat skills and modern warfare techniques.

The opening ceremony was attended by traditional rulers, heads of security agencies and principal staff officers from Headquarters 3 Division.