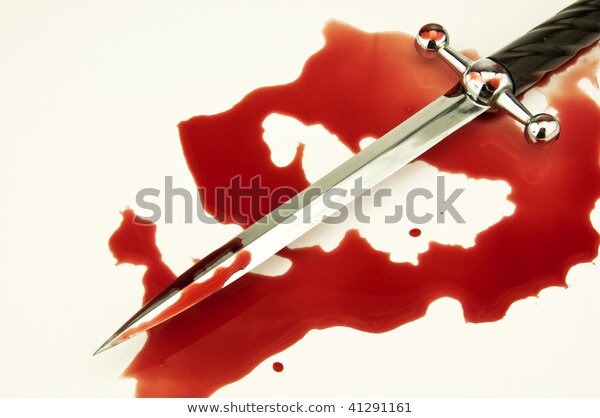 A disagreement between two friends over N100 debt has resulted in one of them being stabbed to death.

It was gathered that the incident occurred around 11.00pm Wednesday at Whitesand area of Ijora Badia, a suburb in Apapa- Iganmu Council Area of Lagos.

The deceased, identified simply as White London was said to be indebted to his alleged killer friend simply named Emma, in the sum of N1, 100.00(One Thousand, One Hundred Naira) with a promise to pay back within a week.

Emma, who is an attendant in a film house/brothel located in the area, accordng to eyewitness, was given the sum of N1,000, leaving behind a balance of N100.

It was further learnt that, Emma had insisted on collecting the N100 balance immediately, as all appeal for a latter date fell on his deaf ears.

Accordng to eyewitness, a scuffle ensued in the process, which forced him (White London) to dash for a bottle, broke it and stabbed his creditor on the head.

“Socked in his pool of blood, Emma also picked a bottle and succeeded in stabbing While London on his neck. Infact, the bottle penetrated deep into the neck and we saw some white things inside. Due to the enormity of blood that gushed out uncontrollably, he died on the spot”, the source disclosed.

It was further gathered that the killer had attempted to run away, but was apprehended by some members of the Oodua People’s Congress (OPC), who intimated the police operatives attached to Ijora Badia Division for his prompt arrest.

When the Guardian visited the police station, it was gathered that the body has been deposited at a public mortuary, while arrangement is being made to transfer the suspect to the State Criminal Investigation Department (SCID), Panti for further investigation.

Findings revealed that Whitesand, the scene of the incident is a notorious criminal den, that has defied all efforts by the State Government to bring to exitinction since the era of Asiwaju Bola Ahmed Tinubu.

It further revealed that the area is home to numerous underaged prostitutes, who serve as amourers to armed robbers.

Equally, the area is known to be the headquarter of 419’s in Lagos, as many victims were said to have been lured into their den and defrauded of huge sum of money over time, only for them (victims) to result to wailing afterwards.

It was learnt that different types of hard drugs are displayed brazenly at any time of the day, with sellers being patronised even by some law enforcement operatives.

Investigation by newsmen revealed that the current Commissioner of Police in the state, Hakeem Odumosu had during his tenure as the head of the Taskforce in 2003 dislodged the area, only for it to resurface.

It was also learnt that the area has been raided several times by the combined team of the Taskforce, RRS and others in recent times, without an end to its existence.

Effort to get the comment of the police public relations officer DSP Bala Elkana on the matter was unsuccessful as he did not pick his calls.