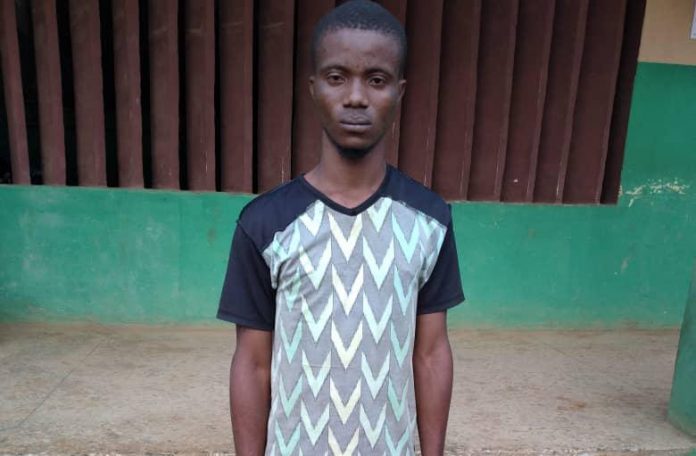 Detectives attached to the Special Strike Force of the Lagos State Police Command have arrested another cult gang leader, Sikiru Samuel a.k.a ‘Samora’, whose members have been wrecking havoc in Imota area of Ikorodu.

The suspect who the police described as a deadly member of a notorious cult group was arrested along with eight members of his gang in Ikorodu.

This is coming barely ten days after the leader of the Berry boys cult gang, Mailiki Bello also known as the Supreme Leader of the gang, was arrested by the same strike force.

It was learnt that the police team also recovered one double barrel gun from the miscreants.

Elkana said that the operation, which is intelligence driven, recorded another remarkable achievement with the arrest of a deadly leader of Aiye confraternity, Sikiru Samuel a.k.a Samora 24 years old, at Imota.

“The gang is responsible for series of violent attacks and gang violence in Imota and environs. One of such violent attacks happened on February 12, 2020 at about which led to the death of one David Nwanga, 30, of Araro, Adamo area.

“The suspects were handed over to the homicide section of the State Criminal Investigation Department (CID), Yaba for discreet investigation. They will be charged to court”, he added