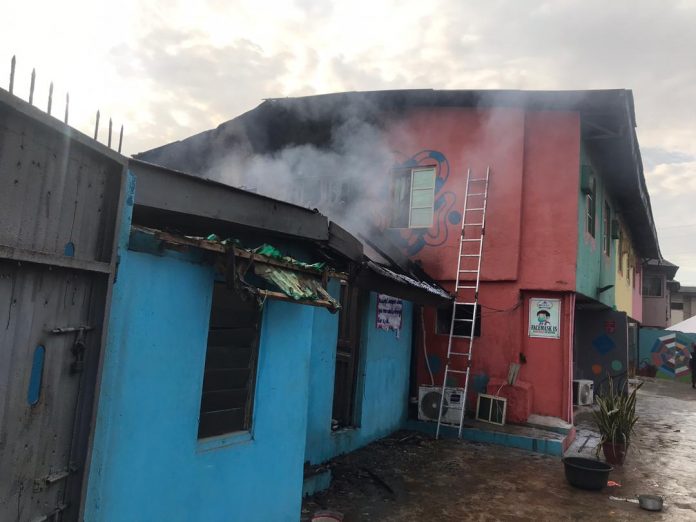 Another heavy explosion has hit a gas station in Lagos.  The number of victims are yet to be ascertained.

The fire is still raging in the area while officials of the Lagos State Emergency Management Agency (LASEMA), NEMA and Fire Service are now on ground.

According to spokesman of the National Emergency Management Agency ( NEMA), Ibrahim Farinloye, “LPG Dispensing Plant explosion ongoing at Baruwa Inside, one State Fire tanker on ground more have been requested to turn in”.

According to Lagos State Emergency Management Agency (LASEMA), the cause of the explosion could not be ascertained at the moment.

“Unfortunately, four mortalities were recorded and several others injured.

“A combined effort of the Agency’s Tiger team, Dolphin team, LRU Fire, LASG Fire Service, NPF, NUPENG, and LNSC are on ground to curtail the spread of the fire to other buildings. Dampening down ongoing”, LASEMA spokesman said.