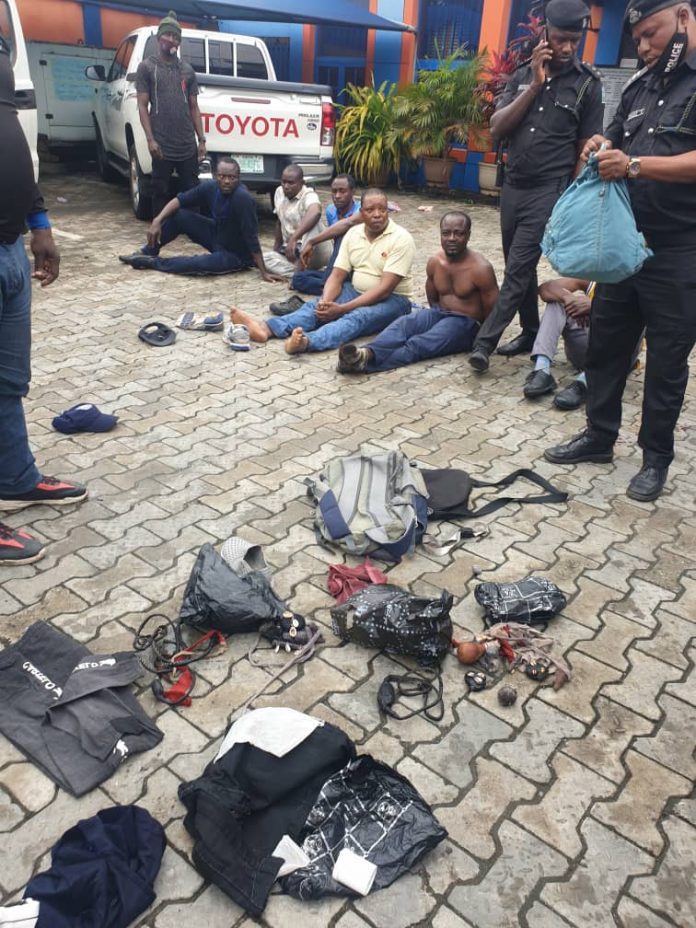 No fewer than ten hoodlums were Monday arrested by the Nigeria Police in connection with an attack in the early hours of the day at the headquarters of the Association of Nigeria Licensed Customs Agents (ANLCA).

Items recovered from the miscreants were four AK47 rifles, two pistols and a bag of charms. 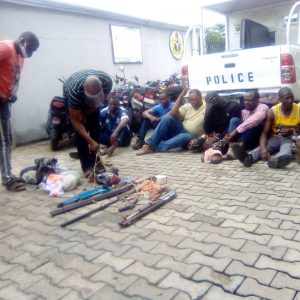 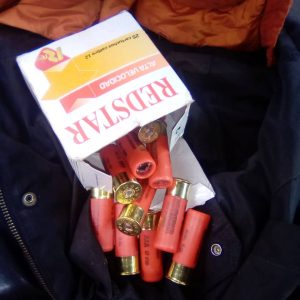 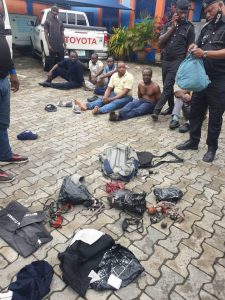 Some of the hoodlums said to be numbering over 40, were suspected to be sponsored by the Western Zone of ANLCA, were said to have escaped before officers of Nigeria Police stormed the place and arrested ten of them.

At the time of filing this report, the National President of ANLCA, Iju Tony Nwabunike was at the Festac where he is making his statement.

Confirming the attack and arrest to our reporter, National Secretary of the association, Alhaji Abdulazeez Mukaila disclosed that the criminal elements destroyed the CCTV Cameras, destroyed many valuable office equipment, carted away official documents from his office and burnt them at gate. “They also stole N2 million cash kept in my drawer for administrative expenses,” he said.

When contacted on phone president of the association, Iju Tony Nwabunike who expressed shock over the unprovoked attack, thanked God that the attackers were not able to kill of his members or staff, saying “some of my staff and some members of NECOM had reported for work at time of the attack.”

He said that the destroction was massive and can only be quantified after a thorough audit of office infrastructure has been carried out.

” I am talking to you from my office now and the situation is under control. The atrack and destruction is true but the very timely intervention of the Nigeria Police restored normalcy.

“Over 40 persons who launched the atrack carrying guns, charms and other dangerous weapons were overpowered by the superior intervention of the police.

“While others ran away, about ten suspects were arrested by the police in connection with the attack and were disarmed of their weapons

” ANLCA under my watch will continue to be a law abiding organisation and will not give room to miscreants or lawless people. I want to assure all our members to stay away from trouble and shun any advise by misguided persons to foment trouble.

“When the attack happened, our members and Secretariat staff on ground ran for their lives. It is my hope that non of them got hurt by the attackers” he said in a telephone interview