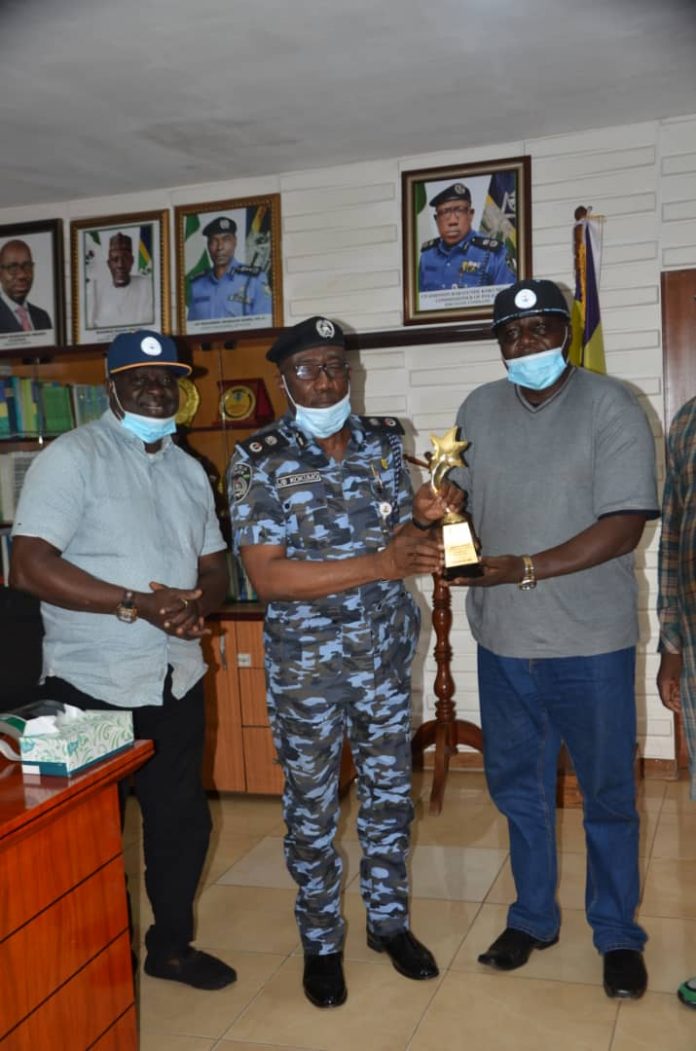 WHEREAS, the dust spewed by the much hyped Edo governorship election which was keenly contested in the annals of the ancient city has gradually begun to settle, the man at the center of attraction, Commissioner of Police CP Johnson B. Kokumo min,whose shoulders the security of lives and property of both the indigenes and visitors alike rested while the elections lasted; has been adjudged ‘Champion of Democracy’ by an Online media platform, The Cornerstone News. 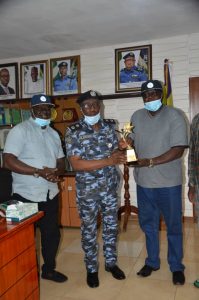 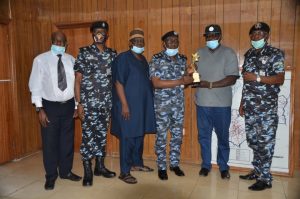 The honour it was gathered, followed the exceptional and inimitable exhibition of professionalism by officers and men of Edo State Police Command as wells as the sterling leadership prowess of CP Kokumo to effectively manage the over 31,000 Police personnel including sister security agents deployed to the state to monitor the conduct of the poll. Presenting the coveted award in a brief ceremony to the highly cerebral senior Police officer in his office, the Publisher/Editor-in chief of CrimeWorld magazine and weekly newspapers who also doubles as the Editorial consultant to The Cornerstone News, Prince Albert Uba, described CP Kokumo as a rear bred Policeman whose intellectual vivacity and strategic policing model is masked in mystery. He said, “CP sir, you are so being honoured today by Management of Cornerstone News where I incidentally consult not for trivial or pecuniary consideration but because you have an history of excellent performance dating back to your exploits at the dreaded Federal Anti-Robbery Squad FSARS Adeniji Adele, Lagos. The policing with human face policy thrust of the present leadership of the Force that has become a household slogan was your mantra while superintending over officers and men of FSARS. Back to the Edo State governorship election, you will agree with me that the buildup to the election proper came with breathtaking hype and tension so much that those of us who know you were daily praying for you and God being on your side, the poll came and left without the firing of a shot. It is worth celebrating. So when your name was mentioned at the editorial meeting to be so honoured, it was a unanimous decision without debate.”
Reacting, CP Kokumo who was quick to dedicate the award to the Inspector-General of Police MA Adamu and officers and men of the Edo Police Command, did admit that the election actually, came with its attended challenges; adding, “but the wisdom of
God, that of the IGP who brought me here and dedication of my Police personnel was the result of the violence free conduct of the poll which we are now celebrating. We have demonstrated that we belong to a responsible organization.”
Continuing, the visibly elated CP Kolumo added, “Truly, I must confess that the build up to the election came with tension and apprehension but we are not new in this game. God was on our side no doubt, coupled by the wisdom of the IG to deploy additional hands which included my brother, DIG Leye Oyebade, an AIG and other CPs down here to assist us in coordinating the situation not because we didn’t have enough personnel that would have comfortably contained the situation but because it is traditional for such a cycle election going be the heat it generated to have more than enough men on ground. I am happy and grateful to God Almighty that throughout the conduct of the election and after, no single life was lost.  I therefore, want to commend the good people of the state and the two major contenders and the supporters for conducting themselves in a peaceful manner that engendered a free and fair election. I thank you for this honour and I take it as an invitation to do more.”