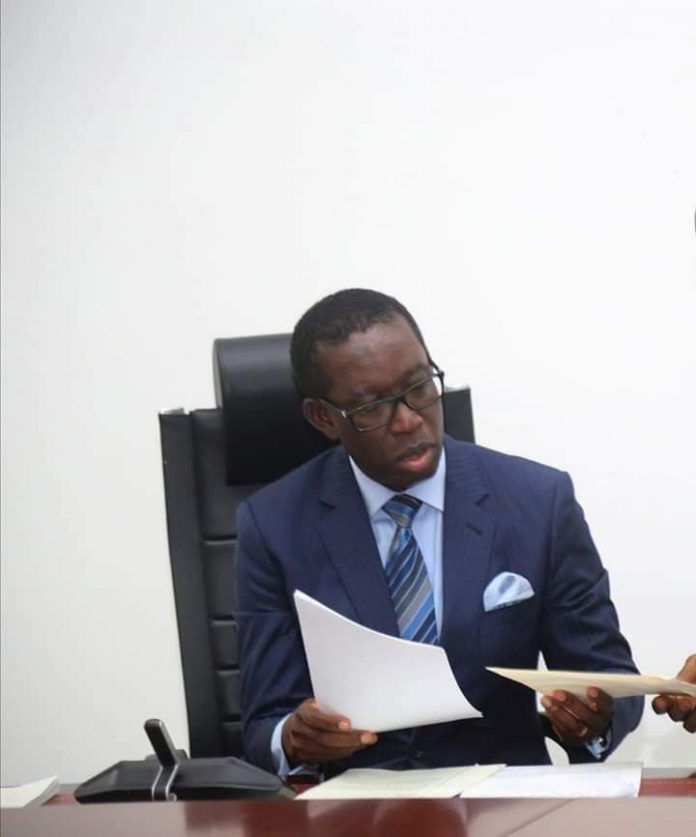 For the fact that, up till this day the 15th of April, 2020 none of the identified persons with special needs and the most vulnerable groups in Delta State have not received any form of palliative assistance from the Okowa government even, two weeks after the lockdown and sit at home Directive then, it goes to prove that the Okowa government has failed to be proactive as comparable to the proactive ways and manners, she set up the Isolation / treatment Centres across the State in anticipation of individuals who could test positive to the dreaded pandemic Covid- 19 decease.
So, one wonders why any forward looking government should have only be interested in setting up the Isolation/ treatment Centres and the lockdown Order/ Sit at Home Directive across the State without adequately taking into cognisance the need, to equally provide some palliative measures for the vulnerable citizens especially in anticipation of the lockdown and sit at home Directive with a view to curtailing community spread of the deadly virus .
So, its disheartening to observe that the Okowa government equally up till date, failed to make any official pronouncements as, it concerns how to assist the small businesses ameliorate their
the expected loss during this period this and the inevitable hardship which the post fight against COVID 19 will have on them.
The government should have announced a multi party sharing Committee and also another multi party monitoring groups which will be saddled with the responsibility to equitably and effectively share the food items alongside the monitor committee having bought the items bought with public funds with a view to making sure that, the items actually get to those within the categories of the beneficiaries.
So, the pronouncement by Governor Okowa about the sharing formula much as, good his intentions are however, has failed to assuage suspicions and anxiety among the members of the opposition parties as they believe that, their interests may not be considered having critically analysed the list of the Committee as one sided and with their bitter experiences in the past with such sharing formula they are now demanding for a review of the sharing list.
So the need for the review of the members of the sharing Committee afterall, the funds used to purchase the food items are from the common patrimony of the entire State.
These noticable lapses which bother largely on failure of strategic planning and management has in the view of majority of Deltans earned the Okowa government an average performance so, far in the fight against the Covid- 19 pandemic.
The listening Governor Okowa therefore, should take into consideration these observations and make the necessary ammends if, the objectives of the fight against COVID 19 are to be achieved .
Every public policy formulation must be for the overwhelming public interests.
If some States in Nigeria have distinctively risen to the demands of the occasion then, Delta State with its very rich human and fiscal resources should not seen performing at an average level.