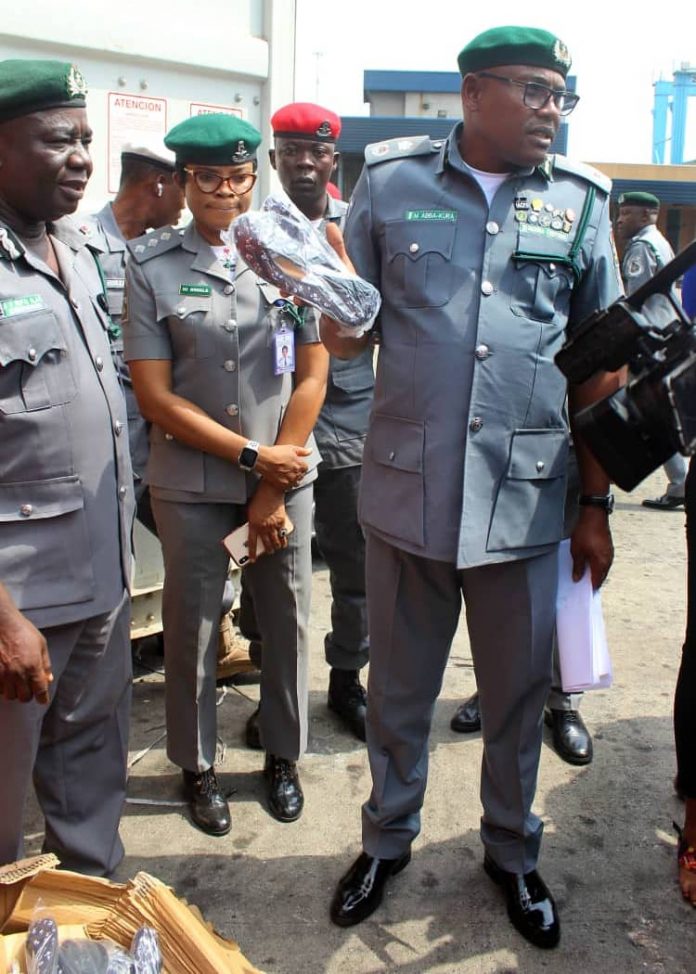 Apapa Area Command of Nigeria Customs Service (NCS), has recorded N22.1billion from export trade, in the first quarter of 2020.

The Public Relations Officer (PRO) of the Command, Nkeiruka Nwala, has disclosed.

Speaking on behalf of the Customs Area Controller, (CAC), Comptroller Mohammed Abba-Kura,
she attributed the breakthrough made by the Command to exemplary leadership approach and ingenuity of the CAC in rejigging their operational strategies.

Her assertion: “The Command has recorded an appreciable increase in anti-smuggling drive leading to the seizure of 80 containers and four vehicles. All the seized items contravened the provisions of extant laws as enshrined in the Customs and Excise Management Act (CEMA) CAP C45 LFN, 2004 as amended.
“The first quarter seizures in the Command almost equal the entire seizures of 2019 in terms of Duty Paid Value, which stood at N12.5 billion. Items seized in the first quarter include; Rice, Used Clothes, Unregistered Drugs and Vegetable oil. Other seized items include one exotic Rolls Royce valued at over one hundred million naira. The Combined Duty Paid Value (DPV) of these items stood at about N12 billion.”
She informed, “The Export Unit recorded another boost in the Command. From a total of 51,601 metric tonnes of export in first quarter of 2019, it increased to 183,578 metric tonnes in corresponding period of 2020.
“Furthermore, the Free on Board (FOB) value for the export in first quarter 2019 was $5.2million, equivalent to #1.5 billion, the value grew to $72,442,394.00, which is equivalent to N22.1billion.”
She enthused, “This boost in exports was notable in Agriculture, Mineral Resources and Steel Bars among others. To this end, the CAC, Comptroller Mohammed Abba-Kura wishes to once more reiterate the resolve of the Service and the Apapa Area Command in particular, to serving our esteemed stakeholders by way of discharging our duties with utmost diligence, while calling on other stakeholders in the clearance chain to play their respective roles to move this nation forward, especially at this trying times. He prays that the world overcomes the problem of COVID-19 soonest.”

Beware of scam artists: FIRS is not recruiting, Management warns