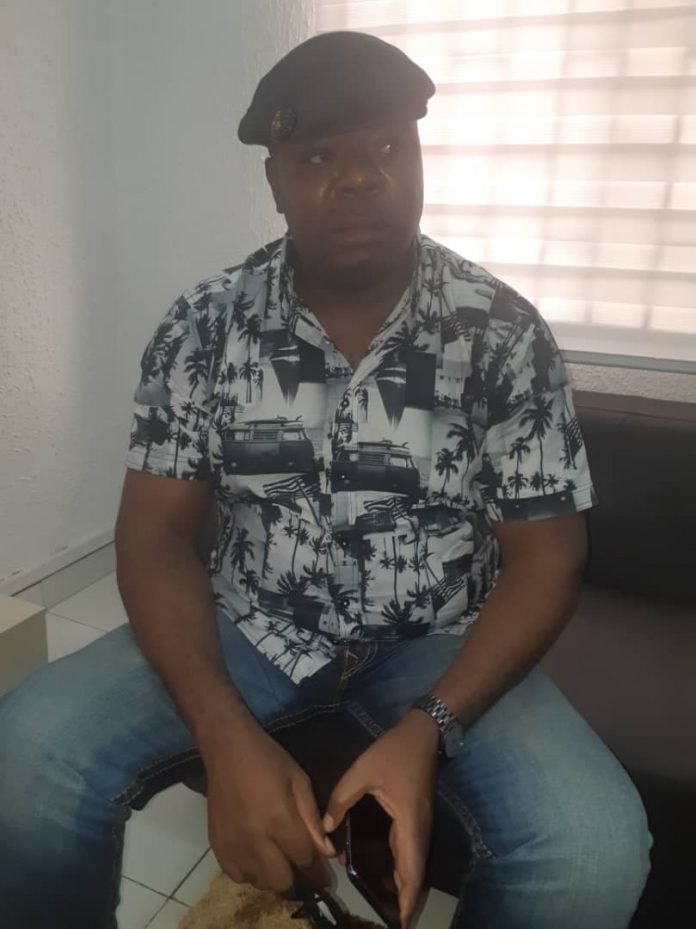 Facts, yesterday, emerged over the circumstances that led to the arrest of two operatives of the Federal Special Anti-robbery (FSARS), in Lagos and other allegations of maltreatment over the week leading to massive protests and calls for the scrapping of the outfit.

This is coming on the heels of cries for the scrapping of the anti-crime outfit and planned protests while police authorities also stated that it cannot end SARS rather it will embark on reforms.

It was gathered that the incident in Lagos took place in a popular supermarket at Ajah after which police authorities in Abuja wielded the big stick and arrested two operatives of FSARS allegedly involved in the alleged maltreatment of some people in the area.    However, the owner of the Supermarket where the incident took place, Emmanuel Umeodunukwe told newsmen that the whole incident was misconstrued against the operatives of FSARS stating that they came to save a situation that would have degenerated to a bloody encounter between his workers and hoodlums that came to extort money from them.

According to him, “I am the owner of Kas-Lennox Super market at Lafiaji by Bracecourt opposite South Point, Ajah. What happened was that on Saturday, a customer informed me that some people were fighting in my supermarket.  I rushed to the supermarket and saw some hoodlums numbering about four causing mayhem in the compound.

“I tried to calm the situation but it got worst. I told my manager to come up with the guys and two mobile policemen stationed there only to hear that the hoodlums had already overpowered the mobile policemen.  The hoodlums remained adamant and were breaking valuables in my supermarket.  I have video recording as proof and evidence of all I am saying.

“They were causing mayhem and all the customers were scared, running helter-skelter, everybody was looking and wondering what was going on. A customer that saw a team of armed policemen in a white mini-bus passing by alerted them; they stopped and entered my compound to save the situation.

“I quickly went to explain the ugly situation to them because the boys causing trouble were area boys around the area that usually extort money from all of us especially whenever our goods arrive for clearance.  They have been doing that for long and efforts made to stop them failed.  I pointed out the hoodlums that were terrorizing us with dangerous weapons to the men of the FSARS and they arrested them. They did not maltreat or torture them.

“They took them together with the Manager of my supermarket to Ajah police station. To my greatest surprise, when they got to the station, my manager called to report that the FSARS operatives, he and the hoodlums were thrown into the cell on the orders of the Area commander without making a statement.  As we speak, I am still in shock because the FSARS operatives came to save all of us who were been terrorized by armed hoodlums that have been holding sway in the area for long and I am still wondering the offence my Manger and operatives of FSARS committed.

“They were all detained till the following day and immediately after that, the hoodlums stormed my supermarket threatening to burn it down.  Even in the presence of policemen at their station, they were still warning my boys that we better co-operate with them. That if we do anything they will deal with us. Ajah policemen glorify thugs. They make them to be proud of doing bad things.”

The manger of the supermarket, Azubuike Chidiebere also told newsmen that both himself who was a complainant and the police officers were thrown into the cell without even making a statement.

“I tried several times to inform them that we are the complainant and the policemen came to rescue us from the criminals but they did not listen to me. Instead, we were al l thrown into cell with the criminals and they were mocking us all inside the cell. In fact, they were released before us the next morning after a call came from a top police officer. I am not happy that I was treated like a common criminal for calling on policemen I saw to help us and worse still; the policemen were also humiliated and treated like common criminals too. I am ready to testify to what happened that day because innocent people are being punished for nothing,” he stated.