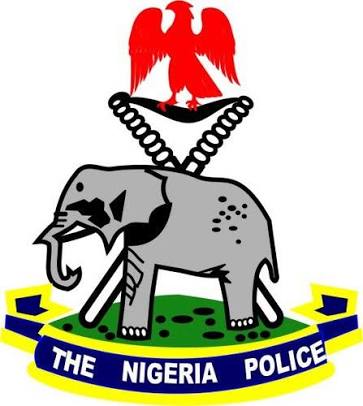 One Chucks Isaac, who was accused of inserting his finger in the private part of two girls aged 8 and 11 assigned to him in a church’s children section has denied the charge and the voluntary statement credited to him.

Chucks Isaac on yesterday continued his trial before a Special and Sexual Offences Court sitting in Ikeja.

The alleged offence, according to police took place in the juvenile arm of Our Lady of Holy Rosary Catholic Church, Ogba.

The defendant who lives at No 41 Ogunsola Street, Ogba while defending himself said being a teacher at the Block Rosary (juvenile arm) of the church, all he did for all the children was to teach them the Igbo rendering of the Hail! Mary Full of Grace prayer of the Catholic Church contrary to the allegations levelled against him.

Trouble started for him in October, 2015 when he was arrested at his residence that he inserted his fingers in the vagina of an eight years old daughter of a fellow member of his church.

Being led by his lawyer, Mr. C.C Amasiki, the suspect told the court that he didn’t write the statement admitted as evidence in court. He claimed he only learned how to read and write in prison custody.

Narrating his ordeal during his detention, he said: “The following morning when they brought me out of the cell, I saw Mrs. Ugwu, the complainant’s mother and the police asked if I knew them and I said they are my members in the catholic church.

He explained further that a police woman said that Mrs. Uwgu said that the daughter (name withheld) told her that I fingered her.

He said: “The policewoman asked if I can write, I said I don’t know how to write. It was the police woman who got someone that can speak Igbo language.

Responding to questions on statement he made with the police, he said: “I didn’t make any statement. It was what the policewoman wrote. I saw her writing, but I didn’t know what she was writing.

“Later she brought a paper and asked me to sign, which I said I can’t sign what I did not write, so when I refused another police officer slapped me”.

He noted that it was when he got to prison he became literate.

His words: “We have different schools in prison, primary, secondary and university, which is National Open University of Nigeria in Kirikiri Medium prison.

He debunked the notion that he was living at 14 Shonola Street and told the trial judge, Justice Oluwatoyin Taiwo that he couldn’t have sexually abused the children at the Block Rosary, which was a trekking distance from the main church for the adults on Ondo Street, Ogba and that many other instructors teaching other languages were present in their corners.

He informed the judge that even the priest comes in from time to time to supervise the activities, which he said takes place between 6:00p.m and 7:00p.m.

Though he said he was unmarried since he came to Lagos from the East, in 2007, he said he is a member of the church and assigned to join the Block Rosary as member.

He noted that the arm of the church constitutes both adult and children members who do not know how to pray.

Earlier, the Investigating Police Officer (IPO) had testified and tendered the statement, which had been admitted as exhibit according to Justice Taiwo who read from the court’s record following an objection from the prosecutor Mr. Olakunle Ligali during the defendant’s line of defence.