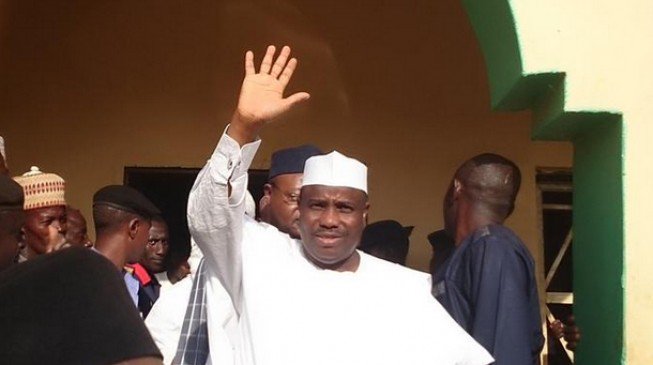 The Supreme Court on Monday upheld the re-election of Aminu Tambuwal of the Peoples Democratic Party (PDP) as governor of Sokoto State.
The seven-man panel led by the Chief Justice of Nigeria, Justice Tanko Muhammad, also dismissed the appeal by the candidate of the All Progressives Congress (APC), Ahmed Sokoto, challenging Tambuwal’s victory.

The apex court said Mr Sokoto failed to produce any credible evidence to prove his petition against the outcome of the election.
Delivering the lead judgement, Justice Musa Abba-Ajji noted that whereas the appellant produced 12 witnesses before the tribunal, 11 of them made their statements in Hausa language while the English version was tendered in evidence.

It also held that the appellant failed to tender the original version of the statements he presented in evidence and also failed to produce the translator to confirm the authenticity or otherwise of the 11 statements.