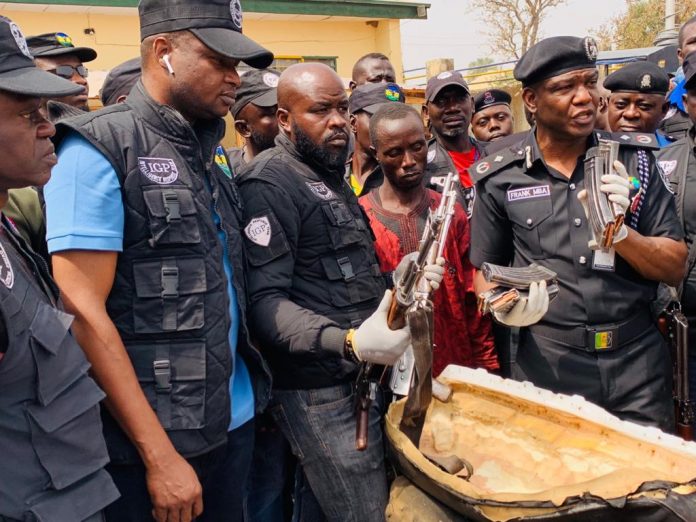 The suspects were paraded by the Force Public Relations FPRO), DCP Frank Mba.

The self -confessed kidnappers, were nabbed with over 20 rifles, ammunition and other dangerous weapons.

Mba and Kyari who paraded the suspects in Katari town, along Abuja-Kaduna Expressway, noted that the police will not relent in their fight against these deadly criminals.