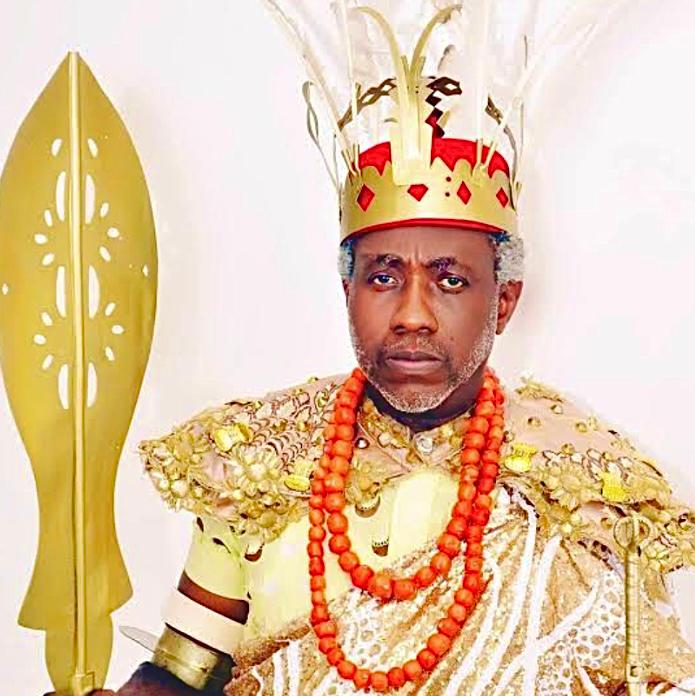 The traditional ruler of Obosi community in Idemili North Local Government Area of Anambra state, Igwe Chidubem Iweka III, yesterday, stated that himself, his cabinet members and other law abiding citizens of Obosi Ancient Kingdom know the identities of notorious cultists in the community.

Speaking to newsmen at his Palace, Igwe Iweka, flanked by some of his cabinet members, including the Odu Nkataego of Obosi, Chief Godwin Osakwe said it was the same notorious cultists that assassinated the President-General of Obosi town union, Chief Ikechukwu Okolo in cold blood on Monday, January 2, this year, which created severe tension in the area throughout for two consecutive days.

The monarch noted that the activities of the cultists have become too inexplicable that the law abiding citizens of Obosi no longer sleep with their two eyes closed, to the extent that they kill and maim people almost on daily basis.
According to him, it is pertinent to note that the PG had been working tirelessly with Igwe In Council and law-enforcement officers to stop the cult war and the killings in the town up till the day he was murdered by suspected cultists. “The PG was approached by a certain school proprietor in Obosi who is well-known as one of the key cultists who introduced cultism to Obosi around 2008/2009. “The school proprietor who was the PG’s direct link to the suspected killers had arranged a phone conversation between the killers and the PG. One of the suspected killers, called Chinwendu Chukwura alias “Commodore” gave the PG an ultimatum to coerce Igwe In Council to: 1. Ban the Joint Fraternity Anticult Movement in Obosi- MACOB (mentored by Igwe In Council and Obosi Development Union-ODU).
2. That Igwe and Town Union should dismantle the checkpoints setup to checkmate the cult killings.
3. That Igwe In Council should grant Amnesty to them, the exiled killer cultists.
In a security meeting with the law-enforcement officers, Royal Cabinet Security Commitee and Legal Department, PG and vigilante, the requests of the killer cultists were unanimously rejected.
“This rejection is suspected to probably be their prime reason for marking the PG and the Igwe for assassination. It must be noted that the Monarch of Obosi, Igwe Chidubem, due to his aggressive fight against cultism, drug-dealing, robbery and fraud in Obosi, has survived 4 assassination attempts over the years since 2011. “The PG who came into his 4yr tenure three and half years ago, joined the Monarch wholeheartedly in the fight against crime.”

He however noted that they have submitted the names of the bandits and the rampaging cultists to law enforcement agencies for arrest, questioning and possibly halting of their nefarious activities in the area.

He appealed to Governor Chukwuma Soludo and heads of security agencies in the state, including the police, DSS, Army, Navy to come to their rescue before these deadly cultists wipe out the entire citizenry, particularly now that the royal cabinet in conjunction with the town union have submitted the names of the bandits to the enforcement agencies.

The State Police Public Relations Officer, PPRO, DSP Tochukwu Ikenga, told newsmen yesterday via SMS that the assassins were were yet to be arrested, adding however that investigations were still ongoing.