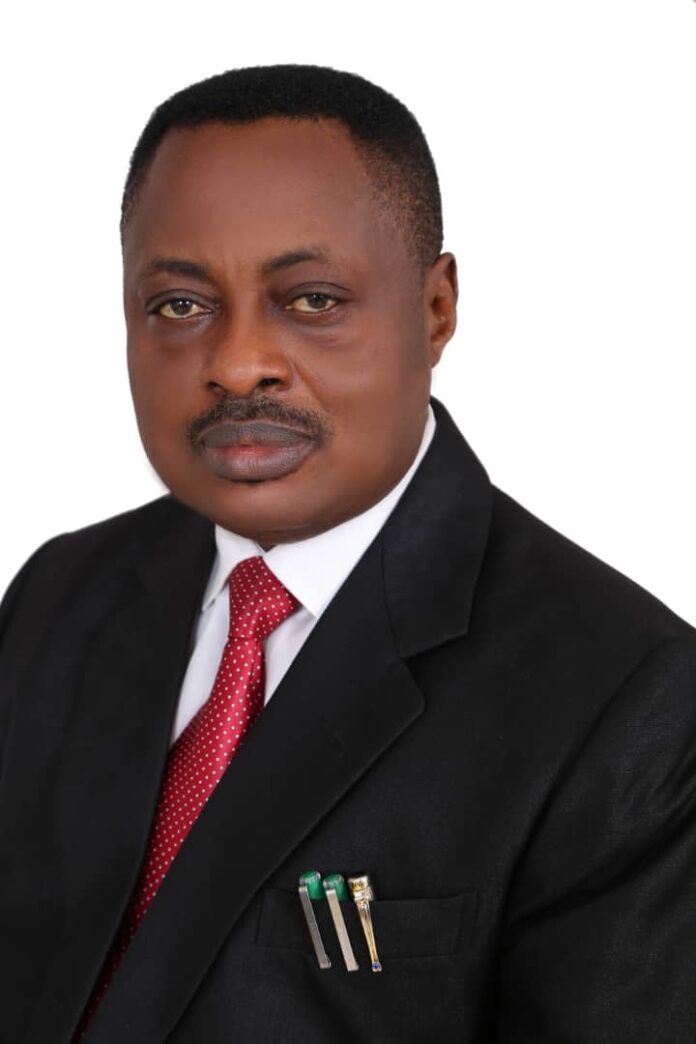 Former Commissioner for Human Development and Poverty Reduction in Enugu State, Honorable Godwin Chidozie Ogenyi has given a chilling narrative of how many lives were lost after a two-day bloody attack by Fulani herdsmen.

Speaking about the incident and the way forward, Ogeni said, “Eha Amufu is a town in Enugu State, Nigeria. It is located in Isi Uzo Local Government Area. A couple of decades ago, it was one of the touchstones of Eastern pride bordering the northern part of the country.
Revellers and long-fatigued train passengers from distant Iddo Terminus, Lagos and Kano heading to Enugu, Umuahia and Port Harcourt, often heaved a big sigh of relief on getting to Ehamufu.

“The train station popularised this homogenous and large community, which equally boasted of being the gateway for drivers plying the north through Obollo-Afor heading to the foremost Nigerian Cement Factory at Nkalagu. The town has an official post office with tens and hundreds of non-indigenes living peacefully and doing commerce. It is the most populated town in Enugu State and houses the Federal College of Education. Besides, almost 90 percent of the population are Agrarians producing different crops that feed the state.
How the bubble burst

“Four years ago, ugly news started trending about the brutal Fulani herdsmen terrorizing the town. It displaced thousands of the population and forced many children out of schools and the schools were turned into IDP camps. Cost of food was skyrocketed because farmer’s can’t access their farm land for harvest any more crearing untold hardship to many families even out side the state.

“Most business men from neighbouring states of Benue, Ebonyi and even Cross River that come to buy agricultural products are no longer finding it easy to come and transact business due to these attacks.
Recorded attacks
“Apart from the resent attack that occurred on November 21, 2022, we have recorded 15 attacks this year by Fulani herders. This is besides several cases of kidnapping for ransom allegedly perpetrated by herdsmen in the area.

“That attack of November 21, on rural dwellers in Ohuolu Mgbede, Aguamede, Mgbuji and Ebo communities in Eha-Amufu left 90 persons with severe injuries from machete cuts. Many of the villagers were displaced. Spokesman of Mgbuji community, Chijioke Ogbodo described the attack as an act of genocide. The following are his words: “Since the herdsmen started attacking our community, neither the police nor the military have arrested any of the terrorists. We received information on the attack this morning and alerted all the security agencies. I called the State Director of Security Services, and I called the state Commissioner of Police. We notified all the security agencies but as of 12pm, we were yet to see any single soldier or police. Our communities are being razed down and after the attack, the government will deploy soldiers to shield the jihadists. If the Nigeria police and other security agencies, especially the military cannot protect the people of the South East, then why are they after the Eastern Security Network that helped communities farm this season? Now, we can’t harvest our crops because so many of the ESN members have been killed. Presently, they are embarking on kidnapping and raping.”

He added: “The most annoying part of this is that the terrorists have graduated from killing to kidnapping and raping of farmers and women. Just this July, poor farmers numbering thirty, coming back from there farm land were kidnapped and ransom were paid for there freedom. Their abductors demanded N30 million but what the victim’s families were able to contribute was N2 million only. Before this incident, the December 29, 2021 kidnap incident is still fresh in our mind The victims just returned home for the yuletide celebrations.
When I spoke with one of the indigenes of the Agu-Amede community, Eha-Amufu and a community leader, Mr Divine, he confirmed that his brother who returned for the celebrations is among the abducted victims.
According to him, there has been an upsurge in abductions by hoodlums suspected to be herdsmen along the Eha-Amufu-Ikem road in recent times. There is no road or security in Isi-Uzo LGA and it is made worse because of bad road. I am begging the governor to look into our plight and save us from the incessant kidnapping along the Eha-Amufu-Agu-Amede-Ikem Federal road. Within this year alone, we have recorded no fewer than 10 abductions with 23 people involved. Our people have paid several millions of naira in ransom to herdsmen, while about three people were killed along the road by the same bandits. Another resident, Nwonye also disclosed to me that within one week, over seven kidnap incidents had been witnessed within the same axis. He said that the same bandits, after releasing a Catholic priest in one of the parishes in Eha-Amufu, kidnapped about five people just after the Federal College of Education. As it is now, the abductors have not contacted their families. The last time they kidnapped the eight-year-old daughter of the chairman of the Agu-Amede community, we reported to the police but they told us to go and pay ransom to the kidnappers. That has worsened our situation as police hardly come when contacted for any case of kidnapping.
Ugly incidents
“Another ugly incident that occurred was that of January 7th, 2022 as herdsmen said to be on military and police uniforms attacked traders at Orie Ogbete Mgbuji market and killed many people. The herdsmen sacked five village farm settlements in Mgbuji Eha-Amufu autonomous community on Tuesday and had since remained in those settlements destroying properties and burning houses. Another community leader in Mgbuji, Chief Eric Ebeh, who was quoted in the media on Friday, said that three more bodies killed on Thursday attack had been recovered while so many people are missing. Chief Eric Ebeh said that people in military and police uniforms that numbered over 40 stormed Orie Ogbete Mgbuji market and started shooting traders. Some people were burnt with motorcycles while others were burnt inside their shops.
He said that three bodies had been recovered but villagers cannot go inside the village to search for more dead bodies and evacuate them because the town had a red zone. He lamented that more than 100 hectares of rice farms were destroyed.
Our plea
“The list can go on and on but all we ask is for security presence in our community so that the farmers can return back to their farm land and many families back to there ancestry homes. Also, government should increase humanitarian aids so as to put smile on the faces of displaced people. We also urge many donors to contribute in any little way they can.”