For the umpteenth time, Issele-Azagba, an agrarian community in Aniocha North Local Government Area of Delta State has been invaded by criminals suspected to be Fulani herders. 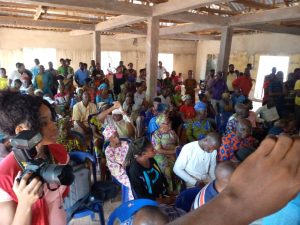 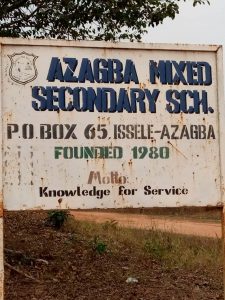 The community shares boundaries with Okpanam, Atuma, Otulu and Ogwashi-Ukwu.

Since the first attack in October 14, 2019, the community, it has become one attack too many, prompting the community to embark on a mass protest to narrate their story, draw the attention of international community to their plight and to solicit for alternative security measure over the increasing failure of government to protect them.

Addressing newsmen at the weekend at the palace of the community’s monarch, HRM Obi Francis Jideuwa, the two prominent speakers, the President General of Issele-Azagba Development Union, Mr. Benneth Uche Iloh and President General of Issele-Azagba Youth Association, Comrade Ogebgu Edozie respectively gave accounts of the incessant attacks on the community in what they tagged: ‘Telling Our Story’.

According to them, Issele-Azagba was first attacked on Monday, October 14, 2019 at the Azagba Mixed Secondary School, where two, a teacher and a 19 year old student were shot dead and five other teachers including the principal of the school abducted into the bush by the Fulani herders.

They said it was a horrifying experience where the community had to mobilize its able bodied young men into the bush against all odds, to rescue the abducted teachers including some of the students who scampered into the bush at different directions.

They said while they were yet to recover from that excruciating pain, another attack happened on February 6, 2020, where another two persons were shot dead, including one Engr. Sebastian Kadiri. In this attack, a 13-year-old girl was abducted while one Peter was left with gun shot wounds; whereas ransom was later paid to have the girl released after days.

Yet again, while still putting security measures in place, the third attack which took place on February 23, 2020, resulted in the death of a male resident, his wife abducted and his daughter sustained gun injuries and still recuperating in a hospital. It was later gathered that the family paid ransom to have the deceased’s wife released.

However, the fourth attack took place at the High Hope Hotel Issele-Azagba where another two persons were killed and five others, both staff and customers of the hotel were kidnapped into the bush. The families of the victims had all paid ransom and the victims released.

According to the community, “We are under serious siege by these killer Fulani herdsmen. What is most painful is that the Nigerian government has refused to intervene since we started crying for help. We need protection, we are a peace loving community and do not treat our visitors badly.

“We are sending a strong message to the government that if these attacks continued, we might resort to self help. We have condoned these people for too long, allowing them to graze our land freely and without molestation. But why are they killing us in our own land?

“We want to also reiterate that we don’t hate our visitors, we have been having cordial relationship with the non indigenes amongst us.

“However, we want to state categorically, that we will do everything to resist crime and criminality in our land, especially coming from the mindless Fulani herders. Our land abhors shedding of blood; but if they continued killing us, we may also resort to self-help. That is why we are calling on government and the international community to intervene and bring these mindless killings in our land to a full stop”, the community said.

They claimed the road had always aided the suspected herders to escape immediately after every attack, while the community school had become a shadow of itself with academic activities at zero level.