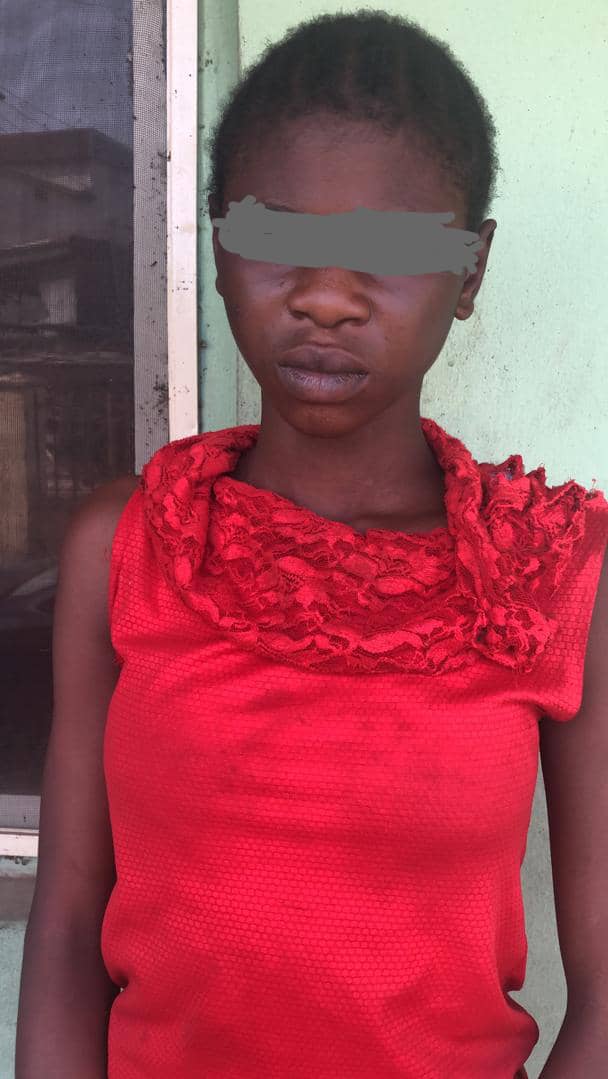 *Says she acted in self-defence against rape……..KING OF THE NEW MEDIA

Detectives at the State Criminal Investigation and Intelligence Department (SCIID) are investigating the mystery behind the killing of 49-year-old Babatunde Ishola by a 16year-old Senior Secondary student.

Babatunde, before he was allegedly murdered, was a security guard in a school at Aboru, outskirts of Lagos. He was stabbed to death by one Timilehin Taiwo, 16, of No.10, Olalemide Street, Aboru, an SS3 Student who is now being quizzed.    Homicide detectives led by the Divisional Police Officer, Oke Odo visited the crime scene at Ogundele Street, Aboru, where the body of the man was found lying in his pool of blood.

According to spokesman of the command, Bala Elkana, “The body was evacuated to the hospital for post-mortem examination. The suspect was arrested and the knife she used in stabbing the deceased person was recovered.

“In her statement, the suspect said, the deceased person, who is her father’s friend, invited her to his house to assist him in fetching water, as he lives in the house alone. That she has always been helping him with the house chores. That while she was helping out with the water, on Saturday March, he attempted raping her. That she picked a knife from the room and stabbed him.

“The suspect was taken to hospital for medical and forensic examination. The Commissioner of Police Lagos State, CP Hakeem Odumosu has ordered the immediate transfer of the case to the State Criminal Investigation Department Yaba for discreet investigation”.

Crime admin - June 17, 2021
0
The police high command has swooped on armed bandits and rail tracks thieves across the country.   The police also recovered dozens of AK-49...

Business admin - June 17, 2021
0
Fidelity Bank Plc, top Nigerian lender, has announced plans to enrich the lives of fifteen Nigerians with a total of 39 million Naira at...