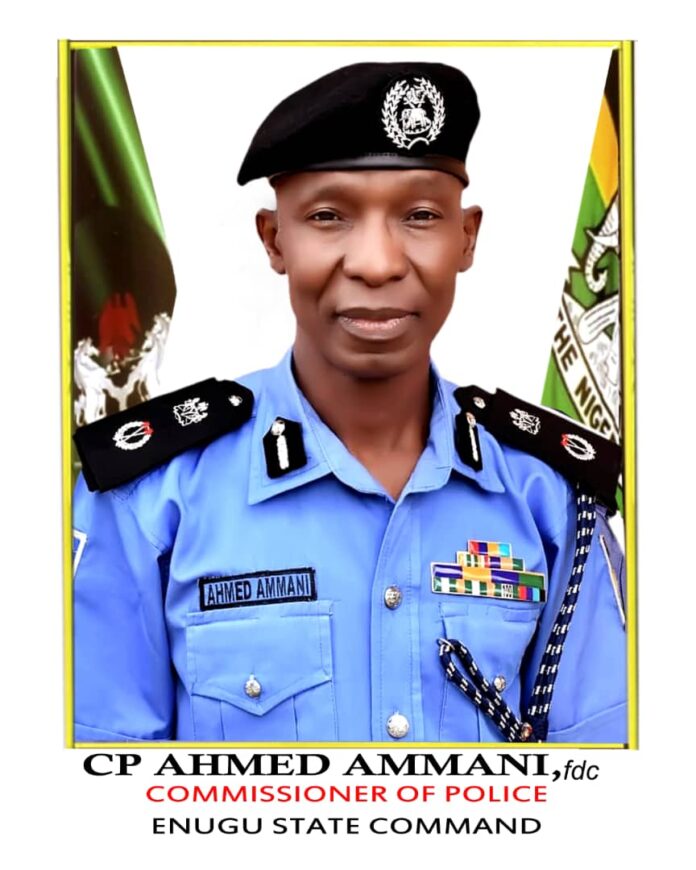 Enugu State Police Command said is in receipt of a viral social media message and picture of a purported Police Wireless Message, stating that the Command’s authority has ordered its personnel to “desert the street, their offices, duty posts and remain confined to barracks due to prevalent security challenges facing the entire State”.

The command’s spokesman, DSP Daniel Ndukwe said the command wishes to categorically state that “the report is not only unfounded, false and misleading, but clearly the handiwork of mischief-makers, seeking for avenues to cause panic amongst the peace-loving citizens of the State.”

According to him, “Consequently, it is important to state, for the avoidance of doubt, that the Commissioner of Police did not at any point issue such orders, directing personnel of the Command to abandon their duties and be confined to barracks, as purported and being circulated, neither did he delegate any of his immediate lieutenants to issue same.

“It is also very important to clarify that the Nigeria Police Force remains a fully regimented agency of government, with clear and defined channels of internal and external communication. Hence, would not have relayed a message meant for internal to its external audience, as being circulated on the social media.

“To this end, the Commissioner of Police, CP Ahmed Ammani, fdc, has enjoined the citizenry to disregard such baseless narrative, while reiterating that the Command remains focused and committed to professionally discharge its duties on a daily basis, in line with the statutory mandates of the Nigeria Police Force.”