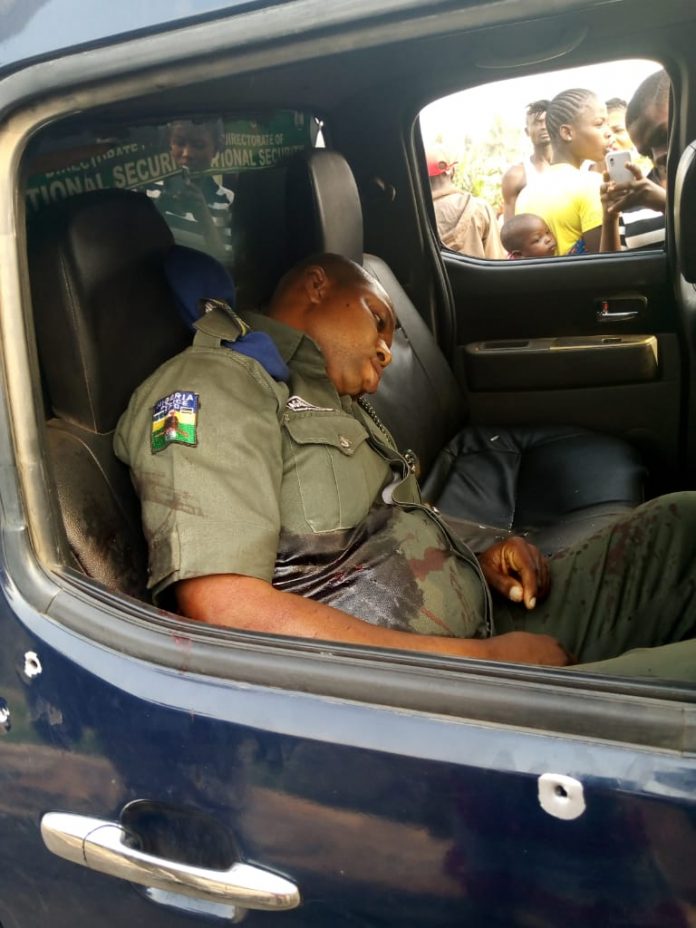 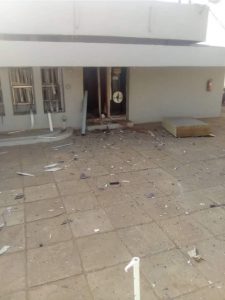 It was gathered that the armed robbers invaded the banks; Polaris and First banks, around 4.pm, shooting sporadically and killing the victims through stray bullets.

Eyewitnesses revealed that the robbers forced their ways into the bank hall, using dynamite to break the security doors.

They added that an undisclosed amount of money was carted away by the bandits. A group of local hunters had trailed them to arrest them after the incident.

The state Police Public Relations Officer (PPRO), Mr. Femi Joseph, said he had not been briefed of the incident, but added that policemen had been deployed to the scenes of the attack.

According to Joseph, “Our men are on the trail of the hoodlums. We would get them. They used dynamites to break into the banks. We are in touch with the banks management to ascertain how much was carted away.

“I am aware there are casualties but I cannot state the figures now because we are yet to confirm the number of casualties. The robbers have no hiding place because we will get them”.

When spokesman of Polaris bank, was contacted, he noted that their bank was not among.