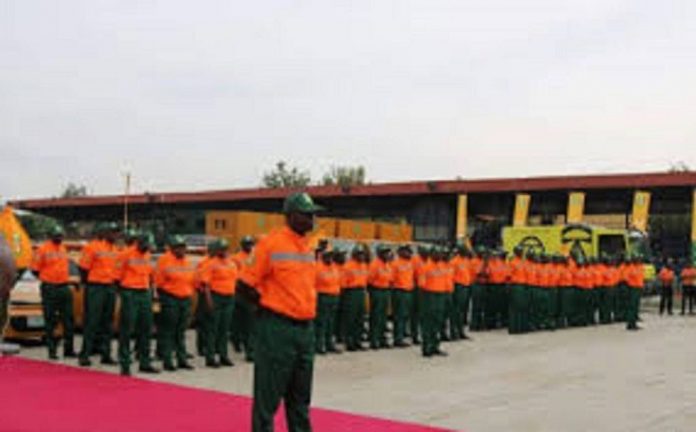 Following the step-up exercise of Lagos State Environmental Sanitation Corps (LAGESC) on its operation zero tolerance to indiscriminate crossing of highways in the state, the agency has reiterated its commitment to sustain and extend the operations to every part of the metropolis, which is in line with the mandate of the Governor of Lagos State, Mr. Babajide Sanwo-Olu to stem the spate of environmental offences and traffic laws in the State.

The Corps Marshal of the Lagos Environmental Sanitation Corps (LAGESC), CP Akinpelu Gbemisola (rtd) stated this today at the Command Headquarters, Bolade-Oshodi, according to her ‘’a total number of ninety-five (95) persons have been prosecuted from January 2020 till date in line with the Environmental Sanitation Protection Law 2017 by the Special Offences Court of Lagos State (Mobile Court), Bolade-Oshodi.

The Corps Marshal also decried with dismay the unfounded rumour circulating on social media that the Lagos State Government has directed LAGESC officials not in uniform to arrest people crossing the highways, saying that every LAGESC officers on lawful duty are to be officially dressed with the LAGESC uniforms with their name tags boldly on it. She however warned imposters extorting money from the general public in the name of LAGESC to desist from such act as well as rumour peddlers to abstain from misleading the general public with wrong information.

She therefore encouraged pedestrians to make use of the bridges for free flow of traffic and their people, warning that it is an offence to endanger their lives by crossing the highways which puts them at risk of getting knocked down by ‘hit and run’ drivers.

While affirming the stance of the Lagos State Government to protecting unnecessary loss of lives and to ease free flow of traffic, the Corps Marshal reaffirmed the commitment of the Agency at ensuring arrests and prosecution of defaulters who fail to make use of pedestrian bridges where they are erected strategically for crossing of highways.