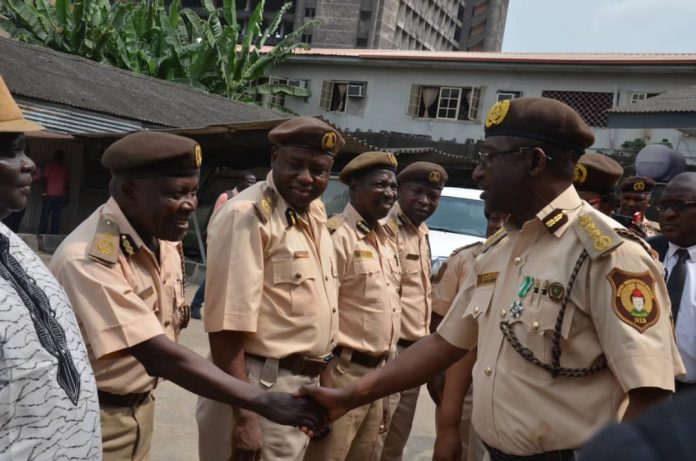 Two officials of the Nigeria Immigration Service (NIS) and five civilian accomplices have been arrested for allegedly registering foreigners in Lagos.

The officials who are presently detained at Immigration office, Alagbon close, were picked in two different raids by the operations unit of the service.

An immigration source who spoke on the condition of anonymity as he was not supposed to speak to newsmen, said:” The ongoing registration of foreigners have been sabotaged. The annoying thing is that our men are involved. Two of our own are presently in our detention. One of our officials and three of his civilian accomplices were arrested in Idumagbo area of Lagos Island. Another was arrested with two others last week. What they do is to visit companies owned by foreigners, especially Lebanese, Chinese and Indians, and tell them that they are from the Headquarters and that they have come to do them favour by coming to register their staff as they know that they are busy people .The companies will be happy to entertain them and pay as from N60,000 for each of their staff.

“They also opened a secret office where they register foreigners from Niger, Togo, Chad, Cameron etc. When we raided the secret office at Idumagbo, we seized  some files containing so many incrementing documents .This is too bad, because, the suspects are sabotaging the government, deceiving foreigners, extorting them and giving us bad names.

“I don’t know why people want to cut corners .We have two offices where we register foreigners; one at Ikeja and another. Let the authority do enough enlightenment campaign for foreigners to know where to register”.