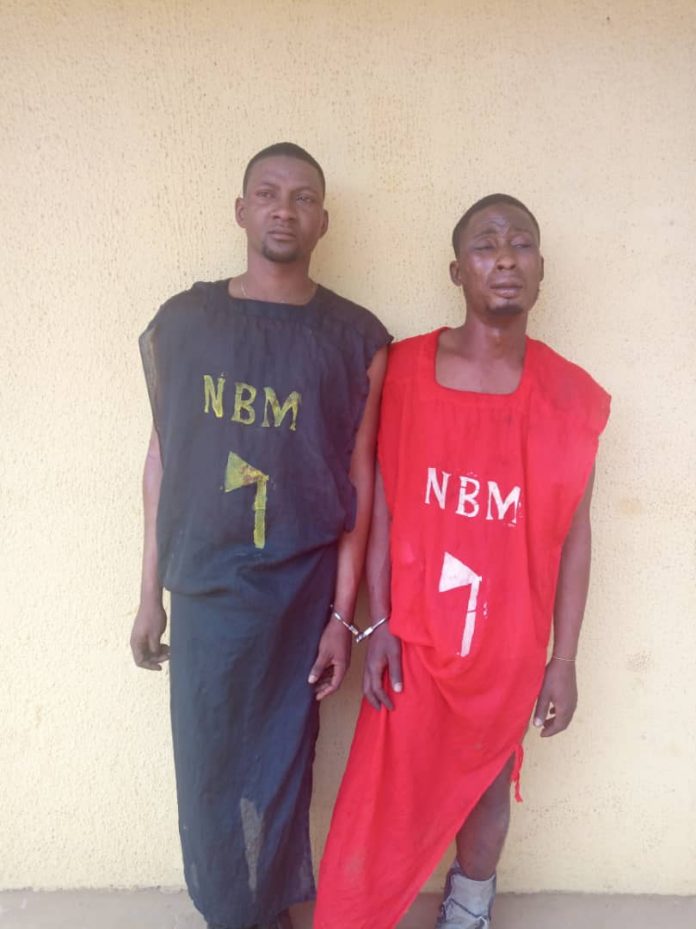 The president of the students Union Government of Federal polytechnic, Ilaro, Adegboye Emmanuel Olatunji and one Olarewaju Taiwo have been arrested by operatives of Ogun State police command on Sunday February 9, 2020 for cultism.

The duo were arrested following information received by police at Ilaro division from members of the public that some group of people suspected to be cultists were sighted in a bush at Gbogidi area of Ilaro where they were trying to initiate new members into their dreaded group.

On receiving the information, the DPO Ilaro division, CSP Olayemi Jacob mobilised his patrol team and swiftly moved to the scene where the two suspects were arrested with the assistance of members of the public, while others escaped through the bush.

According to Ogun State police spokesman, Abimbola Oyeyemi, “The two arrested cultists who are in full regalia of the dreaded black axe cult group have been taken to custody at Ilaro divisional headquarters where they are being currently interrogated”.

Meanwhile, the commissioner of police CP Kenneth Ebrimson has ordered the immediate transfer of the suspects to anti-cultism section of the state criminal investigation and intelligence department for discreet investigation.

PSC to hold police accountable during election, monitor conduct in 774...