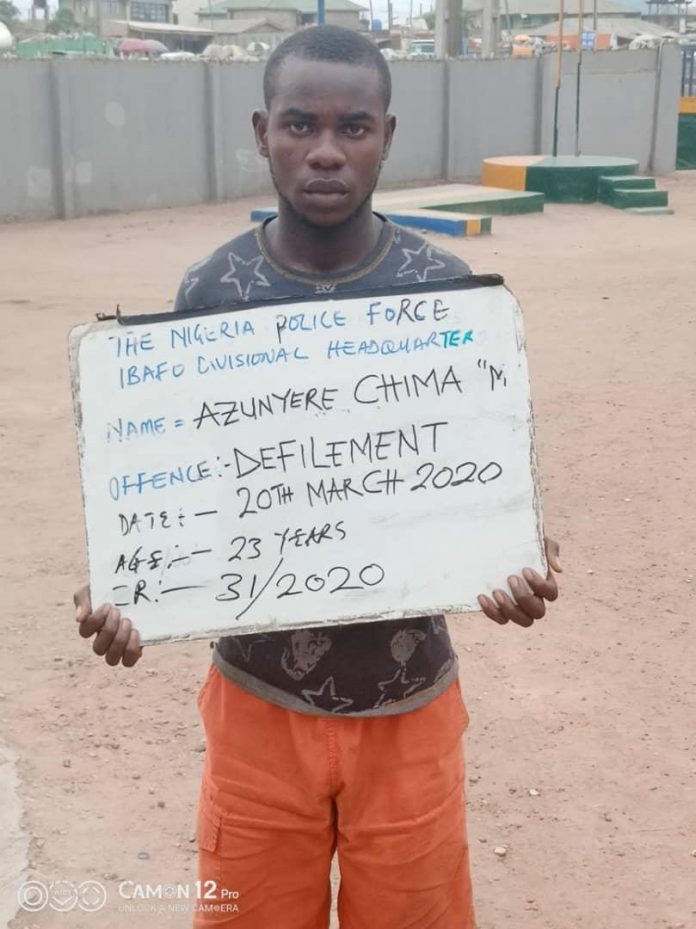 A secondary school teacher Azunyere Chima was at the weekend arrested by operatives of Ogun State police command for forcefully having unlawful carnal knowledge of his 14-year-old student (names withheld).

According to Ogun State police spokesman, Abimbola Oyeyemi, the 23year randy teacher was apprehended following a report by the father of the victim who reported at Ibafo divisional headquarters that his daughter was lured to the house of the suspect who happened to be her Art teacher under the pretence that he wanted to help her on her practical work, but on getting to his house, the suspect dragged her into his room, over powered and forcefully had sex with her as a result of which the victim was bleeding seriously from her private part.

“Upon the report, the DPO Ibafo, SP Abiodun Ayinde detailed his detectives to the residence of the suspect at No.2 Unity close Aseese where he was promptly arrested.

He has since made a confessional statement to the police, while the victim has been taken to a hospital for medical treatment.

“Meanwhile, the Commissioner of police, CP Kenneth Ebrimson has directed that the suspect be transferred to anti-human trafficking and child labour unit of the State Criminal investigation and intelligence department for proper investigation and prosecution”, he said.