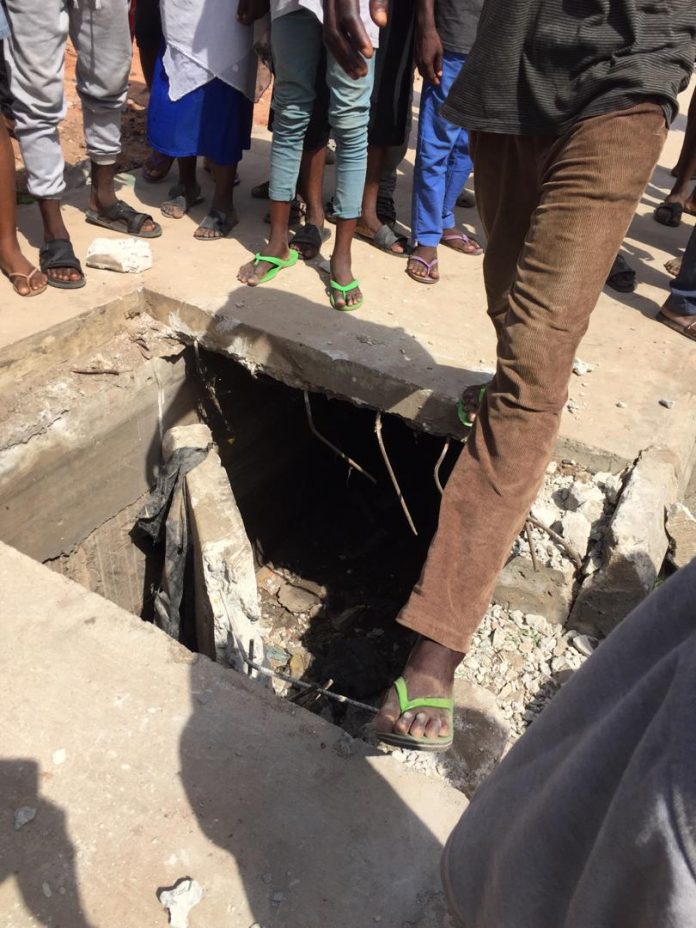 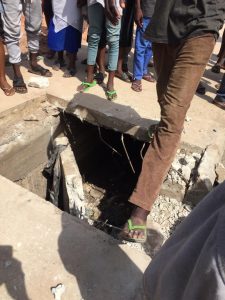 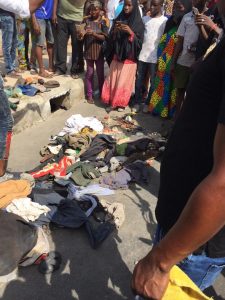 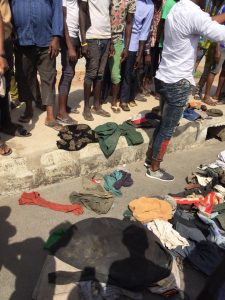 Six suspects have been arrested while efforts were still being made by the soldiers to fish out other members of the gang who were running father inside the tunnel.

Military uniforms, Camouflage, schools uniforms, clothes belonging to people and other personal effects were recovered in the tunnel.

It was gathered that trouble started for the suspected ritualists when they accosted a woman who was going to work at the early hours in the money.

The woman was being dragged into the tunnel by the suspects, but by divine intervention, she escaped and raised the alarm, which attracted other passersby.

As sympathizers were chasing after the suspects, they ran into the tunnel.

An eyewitness, Benson Oyibo, said: “I was going to work, because I work in a hospital when I saw a woman shouting for help The woman is a street sweeper. I joined some sympathizers who ran to the woman. She was panting and gasping for breath, we calmed her down and asked her to explain to us what happened to her. She told us that as she was going to work, a man approached her and pretended to be asking her questions while another man started dragging her towards the tunnel, buy she managed to escape.

” We tried to enter the canal, but we were discouraged because we don’t know whether they were armed and how formidable they are .We called a patrol vehicle, but the policemen said they were on special duty .We raced to Oshodi where we saw some soldiers who entered the tunnel and brought our two suspects. Four other persons were picked, but after explanation, they were not connected to the tunnel .The soldiers recovered many things in the tunnel, showing that the ritualists have been in the tunnel for a long time.

An unconfirmed report claimed that the suspect told the soldiers that they used to drag early morning travelers and this coming home at night into the tunnel.

A Soldier said:” I think the suspects are ritualists. If they were ordinary thieves as they claimed, they would have been arrested since because victims would have narrated their ordeals to security agents and they would have been killed. With what we recovered in the tunnel shows that they are ritualists. They used to kill their victims for rituals. The police should do thorough investigation as it will be to unravel if they are responsible for the stories of missing persons in the state .The angry mob wanted to kill them and burn them alive, but we want to hand them alive to the police for proper investigation”.