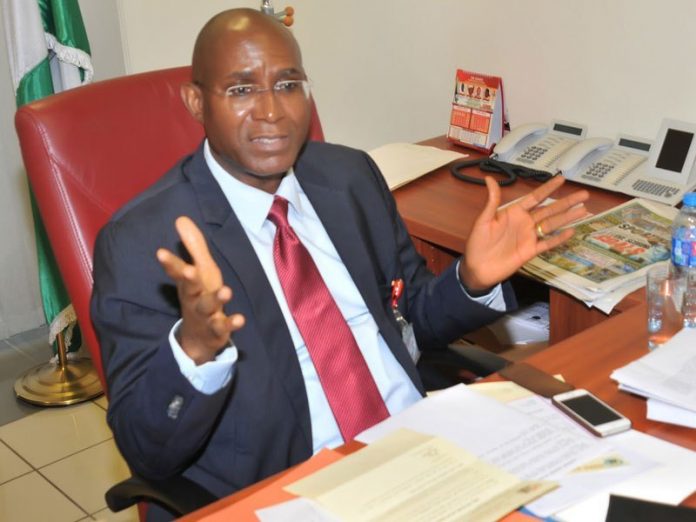 Deputy Senate President, Senator Ovie Omo-Agege, on Monday described the conviction allegation by a Delta-based youth group as “unscrupulous band of mischief makers”, for saying that he had been convicted in a California Court in the past.
Reacting through a statement, which was issued by his Special Adviser on Media and Publicity Yomi Odunuga, he said political jobbers were working hard to reopen issues that have since been resolved in Omo-Agege’s favour.

He said the Deputy Senate President visited the United States of America and Canada for personal and official reasons last week to promote the nation’s political ideology, saying that his visit has nothing to do with conviction allegation.
“On the contrary, an unscrupulous band of mischief makers at home calling itself a ‘youth group’ purportedly led by one Solomon Adodo is seeking to mislead gullible people with lies and propaganda by calling for the immediate resignation of the Deputy President of the Senate, Senator Ovie Omo-Agege, over a spurious and malicious allegation of a conviction by a Californian court.

“Ordinarily, we would have ignored this latest effort by political jobbers to drag the name of the Distinguished Senator into disrepute.
“However, in a political environment like ours where silence could be misinterpreted as consent and evidence of guilt, we make haste to dismiss the entire allegation as not only unfounded and illogical; it is the residue of the warped imaginations and misleading rumour peddled without conviction some years back.

“While the distinguished Senator remains completely unperturbed by the nattering nabobs of negativity and their faceless sponsors, it remains clear that this is another feeble round of mere shadow- chasing that ultimately amounts to

“For the umpteenth time, we would like to reiterate the fact that Senator Ovie Omo-Agege was cleared of all charges in the said case and he was never a convict in the USA as being alleged. Till date, he travels freely to and within the country without any hint of harassment.

“We publish herewith details of our response to the same spurious allegation on September 25, 2018: “To this extent, by way of ‘fair commentary’ only, we will speak to the non-existent criminal conviction knowing that the matter is now in court and therefore subjudice. We will meet the blackmailer in court.
“The fact is, at a point in his brilliant and bright legal career in California, USA, Senator Omo-Agege (then a young attorney) was alleged to have broken the law in California but in the end, he was found not guilty.

“Accordingly, he was declared innocent by the honourables Lance A. Ito (who presided over the popular O.J. Simpson murder trial case) and G. Magnera of the Court of California, County of Los Angeles. Omo-Agege had to fight hard for his innocence and God vindicated him against the expectations of evil men like the most sadistic blackmailer in the world.

“Today, he remains an active member in good standing at the State of California Bar Association – an impossibility if a valid and subsisting conviction were hanging on him. These are verifiable public facts and truths.”

“We state, without any equivocation, that Senator Ovie Omo-Agege is committed to his mandate and would not be distracted by the antics of disgruntled and defeated politicians hiding behind a so-called ‘youth group’ without any meaningful antecedent, seeking to stir up confusion through mere mischief and without facts.
“Let it be put on record that while his media office has been strictly instructed not to descend into the gutter to play their piggery games of petty mischief, the Senator has nothing to hide and he would continue with his passionate desire and populist dynamism, towards making Nigeria a great nation.