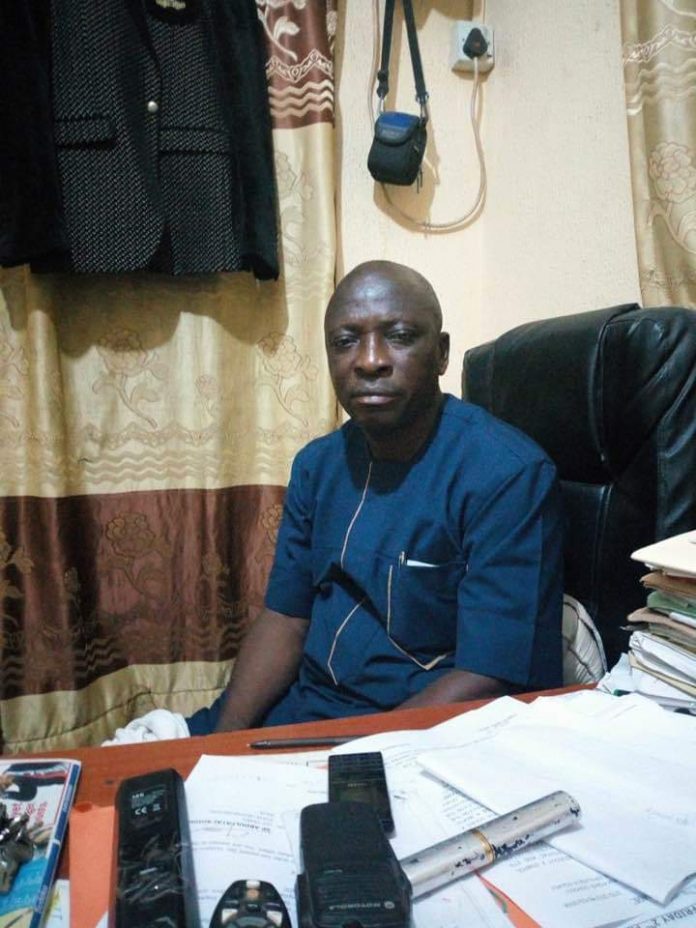 Personnel attached to the Special Anti Robbery Squad SARS Lagos State police command are mourning the demise of their colleague.
The operatives would have to seek for divine help to stop the cold hand of death.
It was gathered that on Friday, a newly promoted senior operative of the Unit identifed as Christopher Akpan an Assistant Suprietendient of Police was said to have allegedly slumped and died in his office at the command.
It was gathered that supol Akpan who was fondly called ‘S”O’ had led junior officials out to arrest some suspected criminals but met his untimely death as he was getting ready for another operation.
A source in SARS Lagos state command who requested anonymity said
” Oga Akpan’s death is still a shock to me. He came back from an operation with his boys and went into his office to prepare for another operation but his boys after waiting for him to no avail went to knock on his door but there was no response. They felt he had gone out and they called his mobile phone but it rang but he did not pick up. They decided to kick his door open and they saw him sitting on his chair but couldn’t talk or move. They rushed him to the hospital but was confirmed dead on arrival”
It was gathered that ASP Akpan’s demise is coming barely one week after the Unit lost two other operatives to the cold hands of death.
The other deceased operatives one Inspector Nlong said to be a personal assistant to the Officer in charge of SARS Lagos state command was said to have died in a ghastly road accident on the Okene – road. Sources said Inspector Nlong was heading back to Lagos in a Toyota Hiace van driven by the driver of the OC FSARS after attending the Officer- in – Charge of FSARS Lagos state command CSP Peter Gana’s daughter’s naming ceremony in Jos, Plateau State. Nlong was not lucky as he reportedly died on the spot while the driver who is yet to be identifed is receiving treatment.
Operatives describe Inspector Nlong as a very quiet and calm man
Another deceased operative, identifed simply as Inspector Tunde was said to have allegedly died after a brief illness and he is yet buried.
.