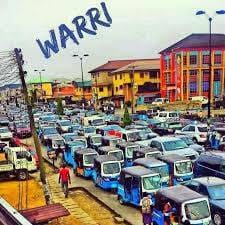 It was gathered that the one week power outage started on Thursday 24th November, 2022. Power has not been restored at the time of filing this report.

Some residents of the affected areas complained bitterly about the ugly situation.

One of them High Chief Julius Tobore Edafiadjebre who is the Unuevwodo (traditional representative of the Ovie of Agbarha Warri) of Otovwodo (Agbassa) Community called on Benin Electricity Distribution Company (BEDC) to restore power to the affected areas.

He noted that the people, particularly the downtrodden, were suffering untold hardship.

“Even those that have electric generators have been spending a lot of money purchasing fuel on a daily basis,” he added.

Another respondent Mrs Lovett Omaodor who trades on frozen foods at the popular Small Market in Warri Garage area also complained that the ugly situation has adversely affected business.

She stated that traders of frozen foods heavily depended on electricity in preservation of their chickens and other meats.

A very senior engineer in BEDC Warri who did not want his name mentioned in the media attributed the cause of the prolonged power outage to the company’s faulty transmission at the PTI, Effurun area.

“We have seen the fault and we are affecting repairs on it,” he added