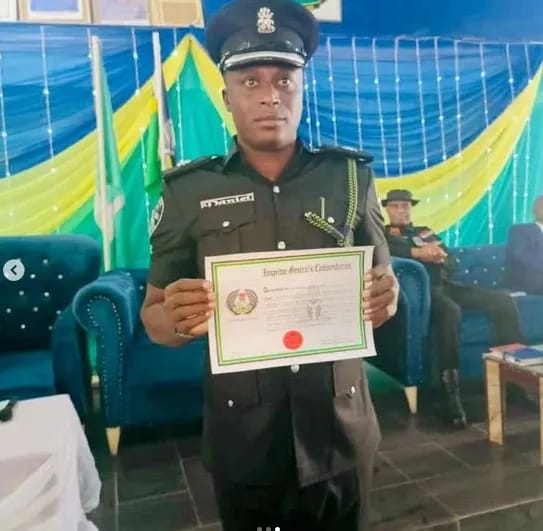 Senior police officer, SP Daniel Itse Amah of the Kano State Command has drawn the attention of the Inspector-General of Police, IGP Alkali Baba Usman after he rejected a huge sum of $200,000, which is over N142 million offered to him as bribe.

The police officer was presented a commendation letter by the IGP Usman Alkali Baba for his honourable act.

Spokesperson of the Kano Command, SP Abdullahi Haruna Kiyawa disclosed this in a statement on Monday, August 15, 2022.

He said: “On behalf of the Inspector-General of Police, IGP Alkali Baba Usman, psc(+), NPM, fdc, the Command’s Acting Commissioner of Police, presented a commendation letter to SP Daniel I. Amah for maintaining outstanding excellent work ethics, uncommon focus and dedication to duty, and exhibiting sound professionalism leading to the arrest and prosecution of one Ali Zaki and some Police Officers in a case of an armed robbery involving the sum of three hundred and twenty million, five hundred thousand naira only (N320,500,000:00) as well rejecting the sum of two hundred thousand United State Dollars ($200,000:00) offered to him as a bribe.”

Also, the Force Public Relations Officer, CSP Olumuyiwa Adejobi, said; “The case has been transferred to the Force Headquarters, Abuja, on the directive of the IGP for discreet investigation.”

“The lawyer and the other suspects involved have a case to answer and we are on the matter.”