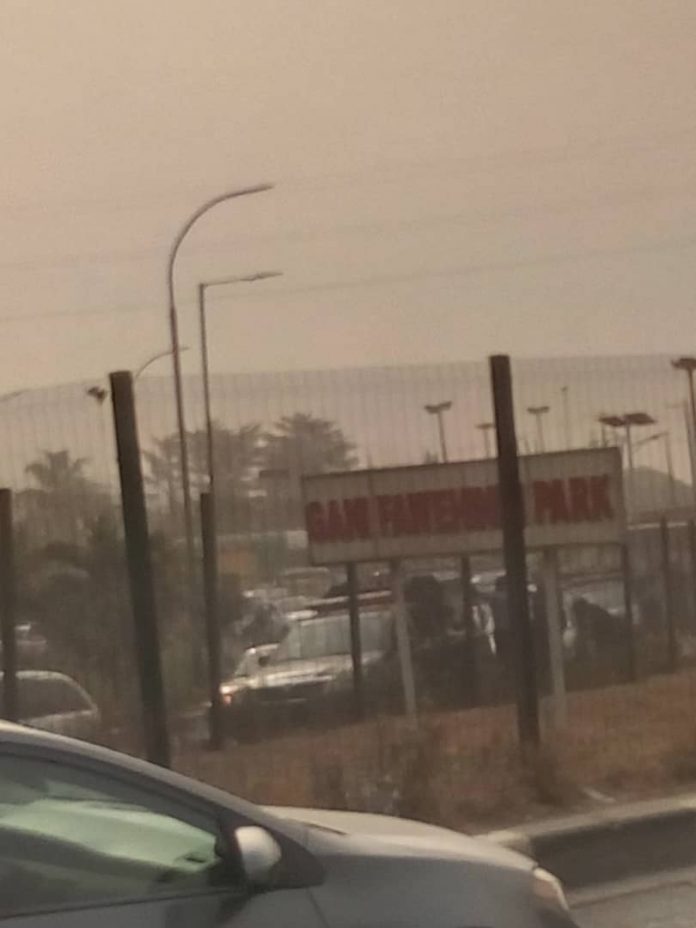 The venue of the planned protest by Operation Amotekun vigilante supporters, Gani Fawehimi Freedom park, Ojota , Lagos ,was taken over by the police .

The armed policemen numbering over I00 surrounded the venue with over 50 patrol vehicles and four Armoured Personal Carrier ( APC).

A Police officer who spoke on the condition of anonymity as he was not supposed to speak with the press, said:” We are here  to maintain law and order and to  make sure that the  protesters do not disturb the peace in the State .Just like we envisaged , nobody came out.You can see for yourself that there is normalcy. Nobody has come out to protest”.

However, a Journalist who went to cover the scene, alleged that he  escaped the brutal touch of police operatives narrated his ordeal.

According to him: “I smartly escaped arrest at Gani Faweyinmi Freedom Park, Ojota, Lagos.

“I introduced myself as a pressman with my identity card. The police matched me away. The police, led by Olu Oladunjoye , gave other  officers a marching order to arrest anyone who showed up for the protest.

“I was not with my Camera, no where to even hide to take good shot with my small phone, because the police are spread everywhere “.

According to him, “There were rumors of protest and of course you know that Ojota harbours many motor parks and National Union of Road Transport Workers (NURTW), we have to be proactive so that there won’t be breakdown of law and order “.

“There were rumours of planned protest, we had to position our men there to avert any breakdown of law and order.