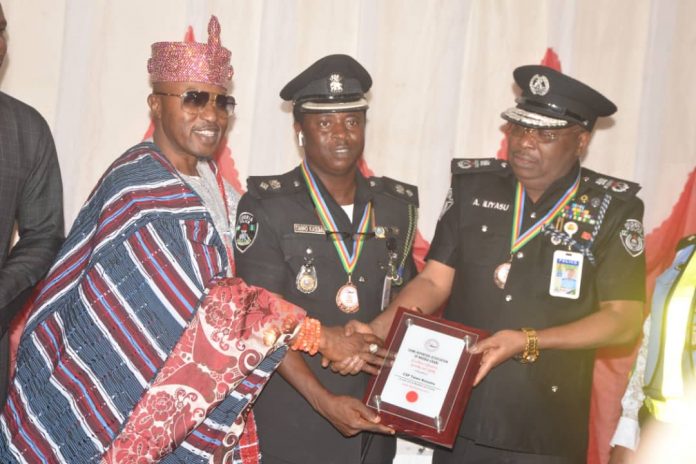 In a telephone interview, the police Public Relations Officer, Bala Elkana, a Deputy Superintendent of Police (DSP), expressed shock and anger over the news and video clip.

The police spokesman who debunked the allegation, said that the information and video                were tissues of falsehood and a product of  mischief makers.

“This is completely a fake news. We were with the Commissioner of Police during his lastMonday’s tour of Agege, Iju Dopemu, Igando and environs at Igando. The CP visited there with the Brigade Commander and addressed Lagosians and there was no issue. ”

“CSP Taiwo Kasumu is one of the most hardworking and fine officers in the command, who is contributing his quota to protect lives and property in the state,” Elkana said.

“It would be recalled that on April 14, 2020, some yet to be identified persons allegedly made and manipulated a fake video clip based on false information, which they have been circulating in the social media.

“In the said information making the rounds in the social media, a state of tension and breakdown of the law and order in Igando was painted during the CP’s visit. The alleged false alarm raised in the fake news, also indicated that army personnel in a military convoy invaded the police station, arrested and took the DPO away in chains to Abuja, for what they termed, “Release of Suspects apprehended by military officers and Non- compliance to the government restriction order.”

Another angle to the said fake news, stated that the DPO was arrested in a hotel room with two women and whisked away to Abuja for releasing suspects arrested by OP MESA security outfit, said to have contravened the COVID-19  lockdown.

Reliable checks revealed that the said video was a manipulation of the CP’S visit with the Brigade Commander to Igando, with another clip from an unknown source,  showing some suspects being maltreated by hoodlums