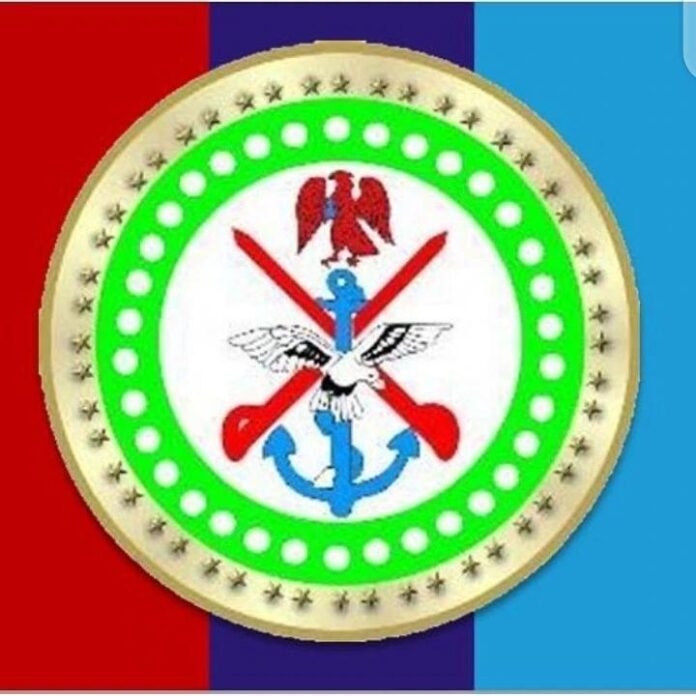 Military high command spokesman, Major General Jimmy Akpor who made the allegation against the news wire company also advised its News Editor for Sub-Saharan Africa, Alexandra Zavis, to ‘retrace her steps’, before the founder, Paul Julius Reuter, starts to regret the demonic journalism being practiced by the journalists that he left behind!

Major General Jimmy Akpor in long statement made available to defence correspondents reacted to Reuters series of stories about purported actions of the Nigerian military during the government’s 13-year war against Islamist insurgents in the country’s North East.

General Akpor said, “Reuters, an international news agency, now part of Thomson Reuters, wrote that it was working on a series of stories about purported actions of the Nigerian military during the government’s 13-year war against Islamist insurgents in the country’s North East.

“To them, they were committed to producing an accurate, fair and complete report hence, their request to arrange a time to discuss before their reporting. The supposed stories were purported to focus on 2 specific areas: First, supposed military-run programme of forced abortions performed on women and girls who were held captive and impregnated by Islamist militants and second, a supposed killing of children by the military as part of counterinsurgency operations.

“The Reuters report was to also allege that, since 2013, Nigeria’s military had run a secret, systematic and illegal abortion programme in the country’s North East terminating at least 12,000 pregnancies among women and girls. That, many children were shot, poisoned, suffocated or run down by vehicles in army-led actions.

“Furthermore, the report was to allege that soldiers selected babies and toddlers for killing after rescuing them and their mothers from Islamist militants, amongst other weighty concocted allegations. The key motive for supposedly carrying out the abortions was allegedly the notion that the children of Islamist militants, because of the blood in their veins, would one day follow in their father’s footsteps and take up arm against the Nigerian Government and society.

“Wickedness really runs in the veins of some people and it surely runs deep in the veins of the Reuters team that concocted such evil for interrogation. The fictitious series of stories actually constitute a body of insults on the Nigerian peoples and culture for, no people or culture in Nigeria practices such evil as dreamt up by the Reuters team. Irrespective of the security challenges we face as a nation, Nigerian peoples and cultures still cherish life. Hence, Nigerian military personnel have been raised, bred and further trained to protect lives, even at their own risk especially, when it concerns the lives of children, women and the elderly.

“This much is reflected in Standing Operating Procedures (SOPs), Concepts of Operations, Rules of Engagements (ROEs) and other documents that guide military operations. Hence, nowhere has the Nigerian military operated (Congo, Liberia, Sierra Leone, Somalia, Rwanda, Yugoslavia, [Darfur] Sudan, Gambia and Guinea Bissau, amongst others) that, there has been any trace or allegation of infanticide.

“The Reuters team must have been schooled in, and have now become proponents of scorched-earth and inhuman policies employed by colonialists during the colonial era and during the battles for independence in Indo-China, Malaysia, Algeria and other places. Villages and crops were burnt. Children, women, elderly, the innocent were killed in systematic and inhuman programmes. Nigerians, and by extension Nigerian military, are not made in such wicked mould, and the Reuters team cannot appropriate the evil of infanticide to the Armed Forces of Nigeria and the Nigerian peoples.

“But, let’s interrogate the issues. It took Reuters 13 solid years to craft an allegation of infanticide against the Nigerian military and the Nigerian nation. This shows that a news agency as ‘renown’ as Reuters is itself complicit for failing in its mandate to draw attention, to inform the publics about supposed occurrences that offend not only the laws of armed conflict but also international humanitarian law.

“Let us analyze the period from July 2021 till November 2022. A total of 82,064 Boko Haram fighters with members of their families have surrendered to troops of Op HADIN KAI. Out of this number, 16,553 were active male fighters, 24,446 were women while 41,065 were children. The Borno State Government is camping and accommodating them family-by-family, as per households, without having to separate the children from their parents. In the same camp are thousands of pregnant women and nursing mothers.

“A total of 262 babies were born within a period of 4 months (94 in July, 98 in August, 60 in September and 11 in October 2022). This figure comprises 150 female and 112 male children. The children were neither aborted nor yanked from their mothers and killed, as may have been the joy of Reuters.

“A visit to the Rehabilitation Centre accommodating the Chibok girls on 29 November 2022 revealed that, there were 2 other Chibok girls (with their children) recued earlier, making the number of the Chibok girls in the Centre to be 13. Other residents in the facility were children who were rescued by troops unaccompanied (by any adult) or who separated from their parents/relatives due to fog of war.

“The Joint Investigation Centre (JIC) is where captured terrorists (men and women) are being processed, to determine their level of complicity in the heinous crimes committed by the Boko Haram Terrorist group. There were 1,952 persons in the facility, which included 23 women with 11 children who remain attached to their mothers as at 30 November 2022.

“There is also a medical facility being run by the Centre in collaboration with medical staff of ICRC. The welfare of all the occupants at the JIC is thus highly prioritised, including basic education for the children, tailoring and hat-making skills acquisition for the adults as well as provision of recreational and sporting facilities for all the occupants.

“Since July 2021 when the Boko Haram terrorists started surrendering with their families in droves, a community-based reintegration process is evolving, involving local traditional leaderships, town councils and family members. The process is made easier due to the fact that most of the surrendered terrorists were actually conscripted from their villages by the core terrorists, whose ranks have been degraded by more than 95 percent.

“Accordingly, a total of 4,933 recued civilians/surrendered persons (including 1,977 children, 1,423 women and 1,533 men) have been reintegrated with their communities from the camp housing the Chibok girls alone. The children were not taken from their parents and killed; unaccompanied ones were not also rounded up and killed.

“A crucial point to note is the fact that, more than 245 United Nations agencies, International NGOs and local NGOs operate in the North East, who are active in the IDP camps and other concentrations of vulnerable peoples. They provide food, medical care and other services in collaboration with the Nigerian and Borno State Governments. But the wickedness of the Reuters team members must have blinded them, shutting them off from the humanitarian realities in the North East of Nigeria.

“These have direct responsibilities for the welfare of children and/or women in the crisis area. Could the humanitarian community operating in the North East of Nigeria be equally complicit in condoning or supporting infanticide as thought of by Reuters? Could the United Nations Secretary General have commended troops of OP HADIN KAI when he visited Maiduguri recently? Or, is he, himself also complicit for failure to address an organized infanticide in the North East, which exists only in the warped, wicked imagination of the Reuters team?

“Contingents of the Nigerian military have also taken part in several UN or regional peace keeping or peace enforcement missions abroad, with honours as mentioned in previous paragraphs. To participate in such missions, Pre-Induction Training and In-Theatre Training are usually carried out vigorously. The protection of civilians especially women, children and the elderly, always formed a major plank of such training sessions.

“Military training institutions in Nigeria also focus extensively on Laws of Armed Combat and International Humanitarian Law. Aside all these, Nigerians and the Nigerian military are lovers of children. Nigerian military personnel have thus constantly denied themselves ration, supplies, transport and medicine in order to cater for rescued civilians especially children, women and the elderly.

“The Reuters condemnable series of stories can only have arisen from a mentality of “media or Press-bullying”. Reuters is a media company with world-wide reach that sells news to print, electronic and online media outlets. The so-called News Editor for Sub-Saharan Africa, Alexandra Zavis, remains in South Africa and concoct evil lies to insult Nigerian peoples and cultures with allegations of infanticide purportedly being sponsored and carried out by the military and civilian leaderships in North East of Nigeria.

“The Reuters’ series of stories are akin to telling the world that Nigerians still live on top of trees. It now seems that the new stock in trade for Reuters is, ‘mining’ and selling lies to demonize Nigerian military, Nigerian institutions and Nigerian leaderships.

“This new vocation of Reuters is worse than illegal arms trade, worse than hard-drug trafficking, and actually worse than terrorism. The so-called Reuters’ News Editor for Sub-Saharan Africa, Alexandra Zavis, should better retrace her steps, before the founder, Paul Julius Reuter, starts to regret the demonic journalism being practiced by the journalists that he left behind!”