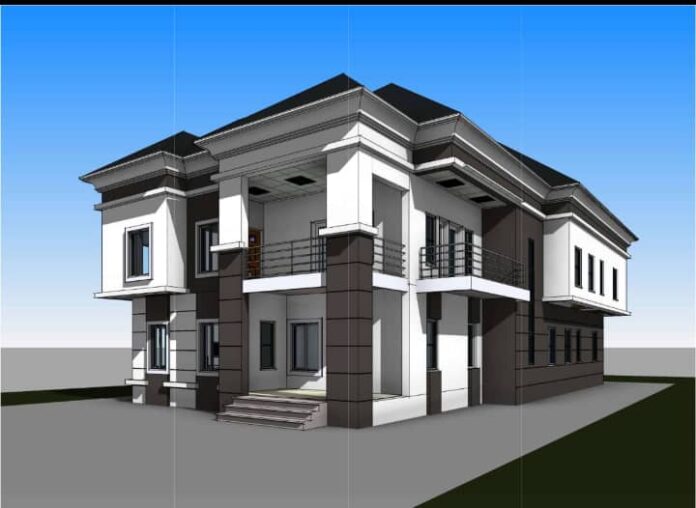 Minority Leader of the House of Representatives, Rt. Hon. Ndudi Elumelu has commenced the construction of the palace of HRM Obi Dr. Martha Dunkwu, the Omu of Okpanam/Anioma, HRM Obi Martha Dunkwu as part of his constituency projects.

PEN MASTER can authoritatively reveal that the new Omu Anioma Palace under construction is a 6-bedroom flat.

Breaking the news recently to the members of the Anioma Council of Omus, HRM Obi Dr. Martha Dunkwu, the Omu of Okpanam/Anioma said, “our Great Anioma Historian Emeka Esogbue, Comrade Patrick Nweike Ochei, and Honourable Hilary Okobi. I am happy to inform all of you that Honourable Ndudi Godwin Elumelu, Member Representing Aniocha/Oshimili Constituency in the Federal House of Representatives, two weeks ago, started building me a six(6) bedroom duplex in the residential arm of my Palace as one of his constituency projects. It has been approved by the Federal Government.”

The Omu is happy about the development. Since her coronation, HRM Obi Dr. Martha Dunkwu, the Omu of Okpanam/Anioma has charismatically taken the Omuship beyond the Anioma bounds, causing the institution to be known and respected globally.

The Hon Ndudi Elumelu’s surprise gift of a residential palace for the Omu of Anioma is a venture into the neglected area of the Anioma people as women seek to be heard louder and officially.

Omuship is unique to the Anioma people where a female plays traditional and spiritual roles.

Neglected by the British colonial administration, the best-known recognition for the Omu, was the inclusion of the Omu of Asaba among other chiefs of the community in signing the treaty that ceded Asaba to the British.

Former Governor James Ibori and Emmanuel Uduaghan also gave the Omuship recognition in the ways thought best by them.

Anioma Trust publisher, Patrick Nweike Ochei wrote to Omu Dunkwu, “first, it was Ibori who through you, gave Omus a sense of belonging, and today everyone is happy. Secondly was Uduaghan who through you tarred a road that is being benefitted by Okpanam and other of the road users.”

Charismatic Omu Dunkwu has overseen the revival of the dying institution in several Anioma communities including Ugbolu, Akwukwu-Igbo, Ibusa, Ugbodu, Obomkpa, and others where women are becoming mechanisms for societal administration and representation. The voice of women is truly becoming heard in Anioma.

The Omuship is Anioma’s best-known traditional institution today and by far, the best publicized.

HRM Omu Dr. Martha Dunkwu, the Omu of Okpanam/Anioma, the people of Okpanam are thanking Rt. Hon Ndudi Elumelu for the female-targeted Federal Government project in Aniomaland which other representatives are expected to build on in recognizing that women outside politics should also be given consideration duly.

In July 2022, in Anioma Watch Pen Master advised Anioma political office seekers to also take some time to pay Omus a visit to declare their intentions and promises for the people.

One thing is sure: the palace will make a lavishly ornate home and is sure to be one of the most culturally visited sites in Okpanam in time to come.