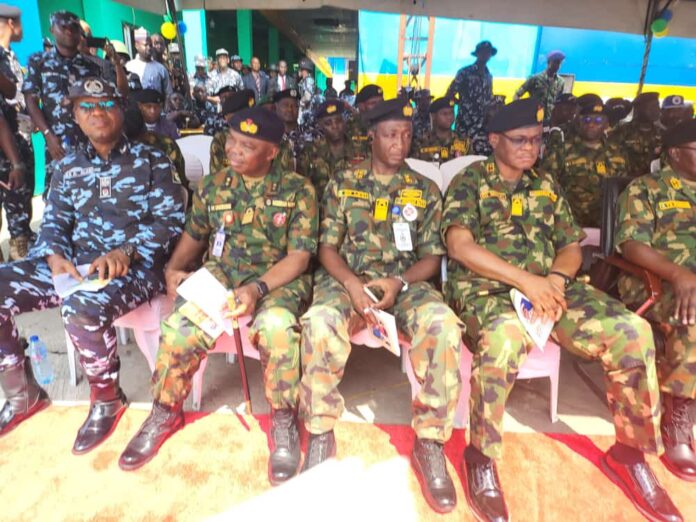 The Chief of the Naval Staff, Vice Admiral Awwal Gambo has commended the Inspector-General of Police, IGP Usman Alkali Baba, for launching five new gunboats for the marine unit of the force.

The IGP was in Lagos for the inauguration of newly completed projects, amongst which is the 5 New operational gun boats acquired by the IGP for patrols and response to emergencies on internal waterways.

The Chief of Naval Staff, Vice Admiral Awwal Zubairu Gambo, the Special Guest of Honour at the commissioning, who was accompanied by the IGP to the commissioning venue at Police Marine Office, Victoria Island, Lagos, commended the Inspector-General of Police for his special focus on acquisition of operational tools for the Nigeria Police Force, noting that it is a worthy legacy that will effectively improve the operational capacity and capability of the Nigeria Police.

The CNS, further assured the IGP and the Police family of the Navy’s support in all areas especially on the safety of inland waterways in Nigeria and adequate protection of lives and property of Nigerians.

The Inspector-General of Police assured of the continuous commitment of his administration to upgrading the operational assets of the Nigeria Police Force while he emphasized the importance of dedicated synergy to successfully stamping out crimes and criminality in the country.

In the same vien, the IGP has commissioned the new ultra-modern Commandant’s quarters in the Police College Ikeja.The IGP was accompanied by the AIG Zone 2, AIG Adeleke Adeyinka Bode, Commissioner of Police Lagos, CP Abiodun Alabi, CP Jonathan Towuru and other invited dignitaries.