Governor Ifeanyi Okowa’s quest to build a world class film village in Asaba, the state capital has received commendations from the Association of Movie Producers of Nigeria.

The group who were on a courtesy call on the Governor at Government House Asaba, on Friday said they were in the state on their annual general meeting.

President of the group, Ralph Nwadike in his remark said the movie producers were delighted with the world class film village being built in Asaba by the Delta State Government.

He said Nollywood can now proudly declare Asaba as their home.

“We have been to the Asaba Film Village project and now we can bodly say we have a home and a base here in Asaba. Am commending you Mr Governor with every zeal and zest because we are indeed coming to the promise land. I say this with all seriousness because wherever we go all over the world as film makers, they ask us where exactly is Nollywood?

“Nollywood started from Zeb Ejiro’s office but there is no place to say this is Nollywood like they have the Bollywood and Hollywood in India and America. And so going to the Asaba film village will be our own Canaanland. Its a promised land, its not just a Nollywood city, its a place where we can call home and we are really proud of what Governor Okowa is doing there.

“The importance of all these is economic growth, our restive youths be taken off the street they will now have something to do. Its indeed a massive place and a creative arena where everybody in the film industry will find something to do.

“We thank you because before now, successive governments not just from Delta but virtually every where promised to take Nollywood to Heaven but we are still here on earth. This is indeed a promise kept by Governor Ifeanyi Okowa and we are very happy and proud to be part of this project.

Chairman Board of Trustees of the Association, Chief Zeb Ejiro eulogised the Governor for embarking on the film village project.

“We have gone round Asaba and we have seen the good works you are doing. You are the first Governor in this country to build a film village and by the grace of God the Association of Movie Producers will be here to celebrate with you during the inauguration.

“It will create massive employment and solve crime because it will take a lot of youths off the street. Tourism is one of the word’s greatest income earners and as movie producers, we identify with your dream to make Delta the leading movie hub for West Africa and when this place is completed, it will attract world class studios that will come to partner with us here.

“As the biggest movie producers in Nigeria and the highest employers of labour in the movie industry we seek the opportunity to work with you in this project and to integrate us into your tourism potentials so that together we can make Delta the hub of the movie industry in West Africa.” he said.

On his part, President of the Directors Guild of Nigeria (DGN) Chief Fred Amata, said the film village will boost productivity of movie directors.

“In terms of creativity, the film village will boost our productions especially having the opportunity to recreate anything that the mind can conjure and that alone is a huge boost to what it takes to achieve the creative part of film making.

“Nigerians have been know to flying abroad like South Africa for high tech, multi tech back up, but this is going to be here in our door step and for the projection and the evolution of the industry, this is so timely.

“The industry has been evolving and this is bringing a new lease of life to the industry and we are being reborn. We can now say Nollywood is in Asaba because it will have the availability of technology which includes high end equipment, high end production facilities among others.

“We are particularly happy for having everything gathered together in one spot, this has been a major challenge and we have been crying for this. Now the vision is clear and I could see the tremendous work going on there. Its indeed a vision for Nigeria, West Africa and Africa and this alone is a big kudos to Governor Ifeanyi Okowa and all those working with him to achieve this feat.”

Okowa in his remark thanked the movie producers for coming back home to contribute to the development of the state.

He assured that his administration will partner with them to make Delta a tourism destination.

“Let me welcome you all to Delta and I express my excitement that you are mainly Deltans because Deltans have done quite a lot in the movie and entertainment industry.

“We thank you for returning home to conduct your elections having contributed a lot to Delta. Am glad that you have gone to the film Village being developed alongside a pleasure park.

“The COVID-19 pandemic has affected the pace with which we intended to work in that and we could have done better than it is now, but hopefully it will be completed by next year.

“We are aware that most movies in Nigeria are shot in Delta and Asaba to precise. The importance of the entertainment industry in job creation and economic development of Delta State cannot be overemphasised.

“We will create a functional movie village and with time we will partner with the private sector to manage the film village. I welcome you to Delta and wish you well in your elections.” he stated. 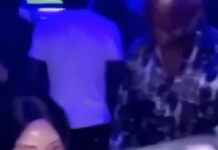 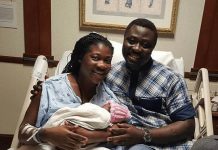 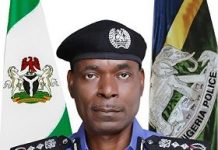