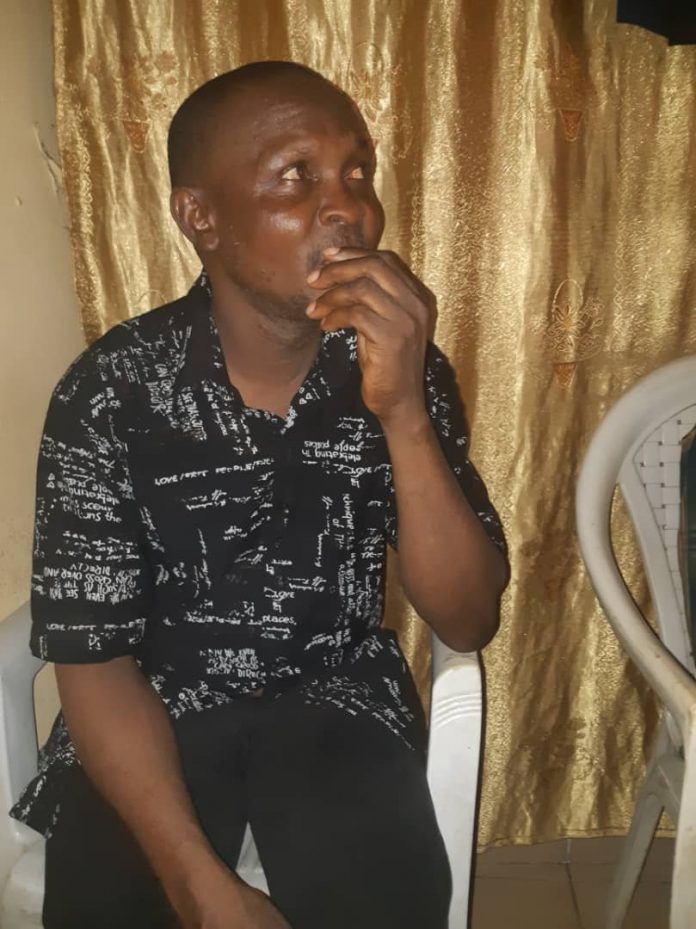 Homicide detectives attached to the State Criminal Intelligence and Investigations Department (SCIID), Panti, Yaba are investigating the circumstances behind an alleged killing and dumping of the body of a widow by the side of the road at Igando by her lover.

The suspect, one Clement Ejindo, a dealer in cosmetics and provisions, was allegedly arrested when video of him and the deceased identified as Promise Abor went viral on social media.

The Lagos State Commissioner of Police, Hakeem Odumosu, had ordered full investigation after the video of the man and the deceased surfaced.

Upon the directives, detectives from Igando police station were able to track a mechanic friend of the suspect who led policemen to his hideout.

The police said that the deceased children had led the police to the mechanic on the ground that it was he who brought the suspect’s car key to there house.

The police said that the deceased, a widow started dating the suspect four years after the demise of her husband.

It was learnt that the suspect had allegedly poisoned the deceased when they went out on that fateful day, removed her pants and bra and dumped her by the roadside; an allegation Clement swiftly denied.

It was also gathered that the suspect had allegedly picked up the deceased from her house at Igando before she met with her death.

Speaking to The Guardian at SCIID, the suspect alleged that the deceased developed sickness while they were on their way out to around Idimu area of Lagos.

He claimed that the deceased who sat in the back seat of the car started coughing as if she was choking few minutes after they drove past Igando General hospital.

“As she was coughing, she started sounding a little faint. I asked if she needed water and she said yes. Luckily I had a bottle of water in my car and I handed it over to her. She drank a little. The traffic was heavy and I was managing to meander my way through the traffic and tagging behind commercial bus drivers.

“I asked her if I should take her to hospital. I was not hearing what she was saying clearly so turned when I got to Isheri. Because of the traffic, I entered in a small street. I parked my car. It was late. She struggled out of the car and sat down by the roadside.

“An elderly man and his wife who met us by side of the road though that my car ran over her but I quickly denied any of such thing. I explained my situation to them. They helped me to take off her top and bra. I kept the bra in a small nylon. She regain herself and we drove off. As we were approaching Igando, she started coughing again. I pulled off the road. She came down again I was hoping that she would soon regain herself. Some people who met us tried to offer a helping hand. Suddenly she slumped. I dumped her and ran away because I was so afraid”, he added.